As New Jersey steps up efforts to eliminate fossil fuels over the next three decades, the state is more than doubling its target for offshore-wind energy production under an executive order signed by Gov. Phil Murphy.

Murphy made the announcement with former Vice President Al Gore, a clean energy advocate, at a news conference in Jersey City at Liberty Science Center.

The Executive Order will deliver the clean, renewable energy generation needed to meet the State’s goals of 50 percent renewable energy by 2030 and a 100 percent clean energy economy by 2050, as well as create thousands of jobs.

New Jersey is committed to pursuing responsible offshore wind development with the full involvement of key stakeholders, including the commercial and recreational fishing industries.

“There is no other renewable energy resource that provides us with either the electric-generation or economic-growth potential of offshore wind,” said Governor Murphy.

“From rising sea-levels to climbing temperatures, we are beginning to experience the devastating impacts of climate change here in New Jersey,” said First Lady Tammy Murphy.

“By significantly expanding our offshore wind goals, we will make our state more resilient against the effects of climate change and protect our environment for future generations. Today’s Executive Order signals a critical step forward in developing our renewable energy infrastructure and reaching a 100 percent clean energy economy by 2050,” she added.

“As our federal government abdicates its responsibility to confront the climate crisis, our transition to a clean energy future is being led by states like New Jersey, and by leaders like my friend Governor Phil Murphy,” said former Vice President Al Gore.

“Today’s announcement couldn’t be more timely and more needed, as climate-related extreme weather events continue to wreak havoc on our communities. With this executive order, Governor Murphy is unleashing the unprecedented economic and job creating opportunities of clean, wind energy,” he said

Governor Murphy claimed that under his leadership, New Jersey has become a national leader in renewable energy sources and offshore wind development. 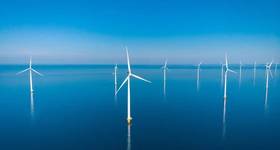 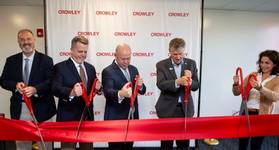