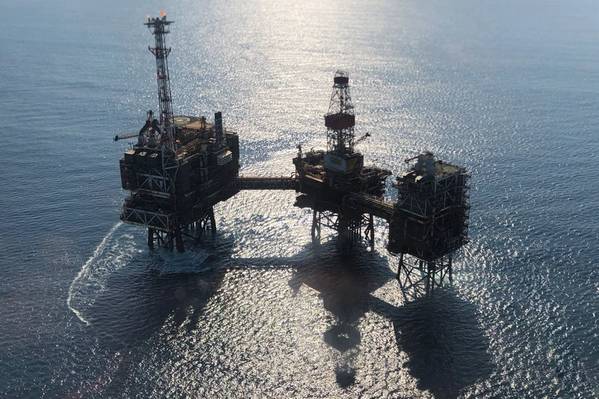 The Rhum gas field is located in block 3/29a and is a subsea development tied back to the Bruce platform via an insulated pipeline. (Photo: Serica Energy)

The U.S. Treasury extended a licence for Serica Energy to operate the Rhum field in the North Sea which is 50% owned by Iran's national oil company, energy producer Serica said on Thursday.

The waiver by the U.S. Office of Foreign Assets Control (OFAC) allows U.S. businesses such as oilfield service providers to work on the field while the National Iranian Oil Company is targeted by U.S. sanctions.

The one-year waiver was first granted in October 2018 after U.S. President Donald Trump imposed tough sanctions on the Islamic Republic after pulling out of an international nuclear deal.

Rhum was the third largest gas producing field in the British North Sea in the second quarter of 2019, Serica CEO Mitch Flegg said.

"The receipt of the renewed and extended licence and assurance is an excellent outcome which protects this valuable British asset," Flegg said in a statement.

Serica owns 50% of the Rhum field, which it acquired from BP last year. Iran's share of revenue from the field goes into an escrow account.