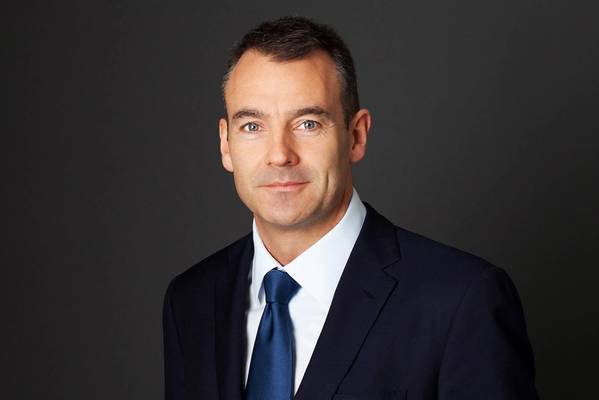 Bernard Looney, who will replace Bob Dudley as chief executive of BP when he retires next year, faces the tricky task of navigating the energy major through a rising tide of environmentalism and the move to a low-carbon economy.

BP on Friday appointed Looney, head of upstream, to succeed Dudley, who led the oil and gas company back to growth from near collapse in 2010.

As CEO, Looney will be charged with continuing to adapt BP to the transition to lower-carbon energy as pressure from investors grows to meet targets under the 2015 Paris Climate Agreement.

Looney, 49, took charge of BP's oil and gas production, or upstream operations, in 2016 as the sector grappled with the aftermath of the 2014 collapse in oil prices.

The Irishman's energetic management style was quickly felt as he spearheaded BP's drive to improve performance through cost cutting and digitalization.

He has led BP through some of its fastest growth in oil and gas production, as output has risen by around 20% since 2016 with the launch of more than 20 major projects around the world and the acquisition of BHP's U.S. shale assets this year for $10.5 billion - BP's biggest deal in three decades.

"Bernard is a terrific choice to lead the company next," Dudley, who turned 64 last month, said in a statement.

"He knows BP and our industry as well as anyone but is creative and not bound by traditional ways of working. I have no doubt that he will thoughtfully lead BP through the transition to a low-carbon future."

Climate focus
BP took a number of steps in recent years around climate such as setting partial carbon emissions-reduction targets and investing in renewable energy. But many investors and activists say the 110-year-old firm needs to do more.

Dudley, who took the helm months after the 2010 Deepwater Horizon spill in the Gulf of Mexico, the largest oil spill in U.S. history that left 11 rig workers dead, has resisted setting wider climate targets, often quoting the fear of litigation.

As Looney takes over, climate is bound to be central.

"Given the drive for digital solutions and the work on reducing carbon emissions it is likely that the appointment of Mr Looney as CEO may accelerate the journey that BP is on regarding the energy transition," Barclays analyst Lydia Rainforth said in a note.

Near-bust to boom
Dudley will step down as CEO after the company's full-year results on Feb. 4, 2020 and will retire on March 31, BP said.

Dudley, who succeeded Tony Hayward, led the company through near-bankruptcy after the spill and through an oil price crash four years later.

Preparations for Dudley's departure were accelerated after Helge Lund became BP chairman in January with a mandate to oversee succession plans.

Dudley has had to navigate a vast asset disposal to pay for more than $60 billion in litigation and clean-up costs followed by a landmark settlement with U.S. authorities.

Dudley has had overwhelming support from investors at BP's annual general meetings, however a majority of shareholders opposed his 2016 pay package, forcing the company to slash it by 40%.