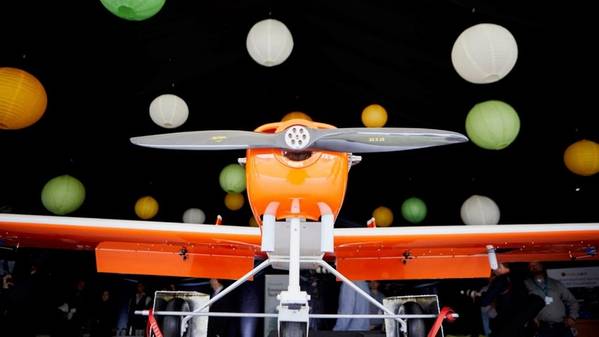 One of the world's largest oil and gas companies is using advanced technology originally designed for use on Mars to remotely monitor methane emissions from its offshore assets in the North Sea.

A pilot project being run by UK supermajor BP, which combined highly advanced sensor technology originally designed by NASA for the Mars Curiosity Rover with a fixed-wing remote piloted air system (RPAS), or drone, demonstrates the feasibility of this unique approach to monitoring methane, the operator said.

The preprogrammed drone, once airborne, managed itself autonomously, circling the Clair platform at a radius of 550 meters for 90 minutes. The drone traveled a total of more than 185 kilometers, besting the previous UK record of 100 kilometers for the longest commercial drone flight. Throughout the flight, the RPAS live-streamed valuable data collected by the methane sensor.

Ariel Flores, BP North Sea regional president, said, "Improving our knowledge, understanding and performance by testing new technologies and working closely with suppliers is central to the North Sea's carbon reduction plan, which aims to limit greenhouse emissions in our North Sea business. This pilot project represents a significant step forward in our ability to do that."

Following the trial results, BP said it will deploy the drone to all of its North Sea assets in 2020, including ETAP and Glen Lyon.

Project manager, Joe Godwin, Clair field environmental lead, said, "We wanted to test a method for collecting large amounts of data on our emissions over long periods of time, without having to send people or equipment offshore. The solution would also have to deal with the turbulent atmospheric conditions that we typically experience offshore in the North Sea.

"Ultimately, we identified the RPAS drone solution provided by UK supplier FlyLogix combined with the ultra precise sensor technology by SeekOps, as a good fit with our requirements. We set up a test project to monitor methane emissions from our Clair Phase 1 platform, West of Shetland."

The drone itself was tracked and remotely controlled by a team of three pilots using satellite communications and radio link from the remote Island of Papa Stour – the team never had to leave their base onshore.

Luca Corradi, the Oil and Gas Technology Center (OGTC) innovation network director, said, "Eliminating methane emissions is a key focus area in order to decarbonize offshore oil and gas operations. As the OGTC launches its new Net Zero Solution Center, this is an example of the game-changing technology we need to see more of in order to precisely detect and quantify methane emissions, then contain and eliminate them."

Follows US progress
The North Sea trial follows the roll-out of a major leak detection drone program in BP's US operations. BPX Energy is now using drone-mounted leak detection technologies, which enable up to 1,500 well sites to be surveyed every month across all of its operating basins.

The flights generate data around the location and size of a leak and issue a work order to fix it. The technicians in the field are quickly dispatched and equipped with Fieldbit's multi-source Augmented Reality (AR) technology – or smart glasses – which enables them to virtually link to technical support in the office. Through the use of this technology, both are able to see the affected area and work together to fix it, improving safety, accuracy of repairs and productivity.

BPX Energy chief executive Dave Lawler said, "We are encouraged by the efficiency gains achieved since drone inspections were fully deployed. Today, we are able to run Leak Detection and Repair (LDAR) programs in all of our assets at around $40 per well and we believe costs will continue to fall.

"BP is committed to taking a leading role in addressing the methane challenge and we are seeing that digital technologies can expand the scale of our methane emissions reduction programs."

BP is also a founding member of the Oil and Gas Climate Initiative, which brings together 13 of the world's largest energy companies and has set up a $1 billion investment fund to address methane emissions and invest in complementary technology, including Carbon Capture, Use and Storage (CCUS).

BP supports the Methane Guiding Principles, which were developed by a coalition of industry, institutions, academics and NGOs, to reduce methane emissions across the gas value chain.

BP participates in a number of World Bank flaring reduction initiatives, including the Global Gas Flaring Reduction Partnership (GGFR), which works to increase the use of natural gas associated with oil production by helping to remove technical and regulatory barriers to flaring reduction.

It is also a member of the 'Zero Routine Flaring by 2030' initiative, which brings together stakeholders to work together to eliminate routine flaring from operated oil assets by 2030. BP reports progress to the World Bank each year.