Supply-side Paradox in a Supermajor Exit 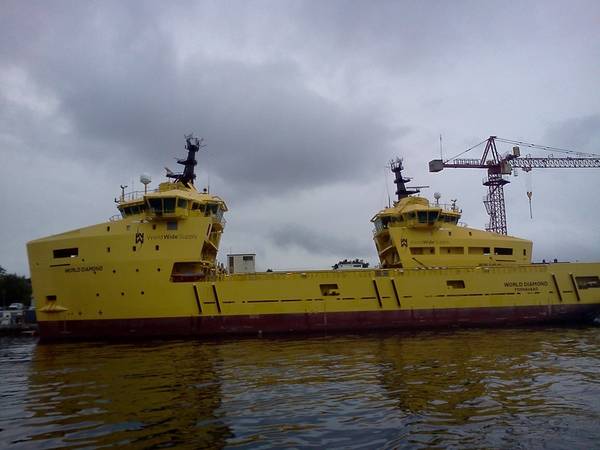 The reaction of the gut is unease to news reports ExxonMobil might be selling $4 billion in offshore assets to Norway’s Vår Energi (the former Eni Norge) and pulling out of the North Sea.

More operator and supermajor consolidation away from an oil province sounds all bad.

But, the effects of supermajor withdrawal or en masse asset sales on the supply chain can range from null to positive, judging by economists’ papers on merger and acquisition (M&A) action in other industries. From aviation to retail, supply chains tend not to reel in the aftermath, it turns out.

Withdrawal means selling assets to another, and so there will be disruption when the new operator or operators take over. That happened recently when one operator brought a floating production, storage and offloading unit (FPSO) focus to assets it acquired in Africa, and it’ll happen after a deal is confirmed for ExxonMobil’s Norwegian assets.

Yet, there are rafts of thought and evidence to suggest things could get better for the offshore supply chain post M&A activity or supermajor withdrawal. First — ExxonMobil really is free to move and is moving on larger, supplier-heavy projects elsewhere.

Second — some supplier-buyer dynamics are increasingly believed by economists and lawyers to be market mechanisms at work (super-) naturally whether a market is in balance or not. What theorizing economists and competition-scrutinizing lawyers call buyer power — as opposed to buying power — denotes a “bully buyer” (i.e. oil company) seeking rebates for being dominant.

Strong buyers
Eventually the “bully” (recently enlarged) is circumvented; the greater supply chain made stronger and operator rivals pay higher prices. “A firm’s ability to negotiate discounts (say, on day rates) depends on its relative bargaining power — relative to its suppliers — and relative to its rival buyers,” say Paul Dobson and Roman Inderst in Differential Buyer Power and the Waterbed Effect: Do Strong Buyers Benefit or Harm Consumers?

“In anticipation of a further squeeze in their margins, some suppliers may no longer find it profitable to stay in this market. As these suppliers drop out (or, likewise, as their operations are merged with those of competitors), the upstream market becomes more concentrated. This raises the profits of the remaining suppliers … each supplier can now take a larger share of the total business.”

Though taken from the retail world, the discussion mirrors, in part, the leaner, resurgent but concentrated supplier-contractor situation of the current offshore “recovery”. Fewer oil companies, too, have theoretically created more “bullies” with buyer power creating what UK retail regulators recently started calling, “the waterbed effect”: a paradoxical finding that revealed newly enlarged buyers are eventually charged higher prices as are the remaining, smaller buyers (indies) as suppliers make up for rebates given larger (operators).

So, the trend to charge more to all was sound to be queued by a buyer asking for rebates.

Not good for the indies, then, but great for the supply chain. According to the U.S. Justice Department, regulators — like the ones that might take a gander at the ExxonMobil asset sale in Norway — will be looking to ensure buyer power doesn’t then disrupt, buying power.

For now, though, the buyer of ExxonMobil assets in Norway will be in the data rooms of, say, Visma, and looking, too, to see if there’s a “rationalizing” of supply chains that might make up for the premium they might have to pay for the sold assets. Short-term, that could be disruptive to the supply chain, as consolidation is contemplated, although the “breakeven” for ExxonMobil’s asset buyer is likely to lie in the operations already profitable and said to be lowest cost-per-barrel in the North Sea.

“In fact, the potential synergies from bringing two (supplier) networks together is often a major part of the rationale for a merger.” So, my supply chain becomes your supply chain.

For ExxonMobil’s world of suppliers, a successful sell-off in Norway would mean more capex for a series of deep-water drilling campaigns; re-gasification plant and floating producers across five continents. The early proof is in ExxonMobil’s recent flurry of long-term supplier agreements, especially for planned 200,000-barrel-a-day African floaters and Australasian liquefied natural gas (LNG).

In a week that saw UK indies declare an intent to better report their emissions, ExxonMobil found a technology partner to ramp up its carbon-capture drive. Even Sakhalin 1 LNG seems to be on-again despite crimped earnings results.

Finally, while the supply chain might see fewer askers for their services post-Exxon-exit, they ought to find similar or higher demand from more locally committed players. The effect on day-rate and other pricing would then seem offsetting.

Equinor, for one, hires far more drill rigs than does ExxonMobil in the North Sea, but the supermajor might have some M&A of its own in-the-works (suggest the authors of World Energy Reports' Floating Production Systems). Finally, the world’s 10th largest traded company by market cap is at the drill bit more than ever.