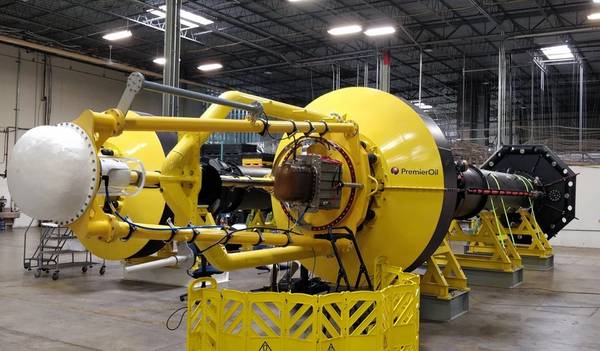 In some cases, resident underwater vehicles may not have access to power, so alternative power sources may be needed.

New Jersey, US, based Ocean Power Technologies (OPT) has been a leading company in this area, working with Italian oil company Eni.

An OPT PB3 PowerBuoy was installed, using a three-point mooring system, in November 2018, near Eni’s Amelia B platform in the Adriatic Sea, where it’s providing energy to a mock-up of a subsea system. A wave buoy was installed near it, to help monitor performance.

OPT also has other ideas. In fact, another PB3 PowerBouy was recently shipped to the UK and sent out into the North Sea to work for Premier Oil, providing power for monitoring a safety zone around suspended wells in the Huntington field, as well as providing communications to shore. Its potential for future use, generating power to operate subsea assets, is also being assessed.

The company is also designing a hybrid PowerBuoy, which uses liquid fuel for power generation and lithium ion batteries, to ensure continuous peak power and communications. This is being designed to provide more than 1 MWhr of energy (scalable) and operate for up to 10 years with minimal maintenance. 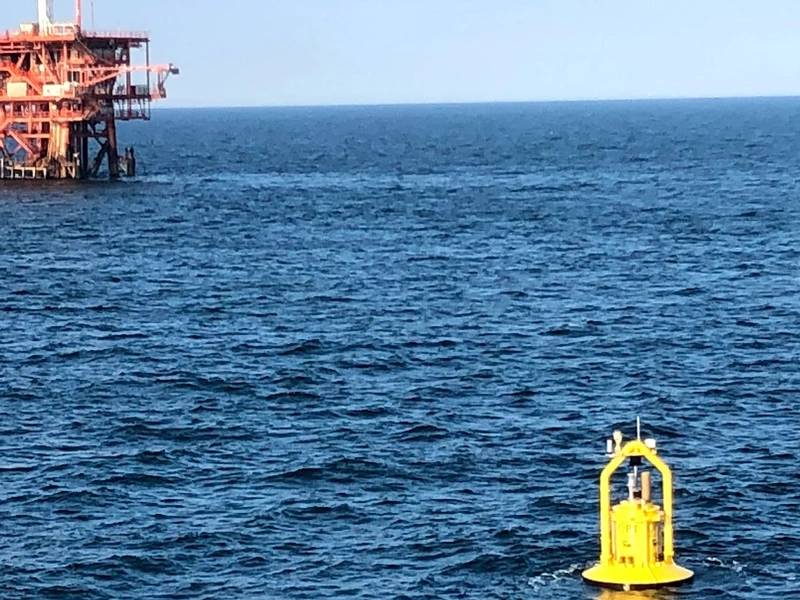 The PowerBuoy being trialed by Eni offshore Italy (Photo: OPT)

The trial in Italy is part of Eni’s MaREnergy project, which is targeting the use of wave energy converters to power subsea monitoring and control systems and to support charging AUVs.

Using something like a PowerBuoy, a point absorber technology which captures the energy created when waves send a float up and down a moored spar, motion which is used to generate power, could provide that power and communications link.

OPT’s PB3 device would be suitable for lower power requirements and where it would be complicated to provide power other ways, such as remote areas, providing environmental monitoring for engineering and development operations and monitoring and control of low power subsea and topside equipment, Andrea Alessi, Offshore Renewable Energy Program Manager, Eni, told the Offshore Mediterranean Conference (OMC) in Italy earlier this year.

This could even extend to powering electric actuators and AUVs, including those forming Eni’s Clean Sea concept, as well as creating security cordons around offshore platforms during decommissioning or other activities to avoid using a manned vessel.