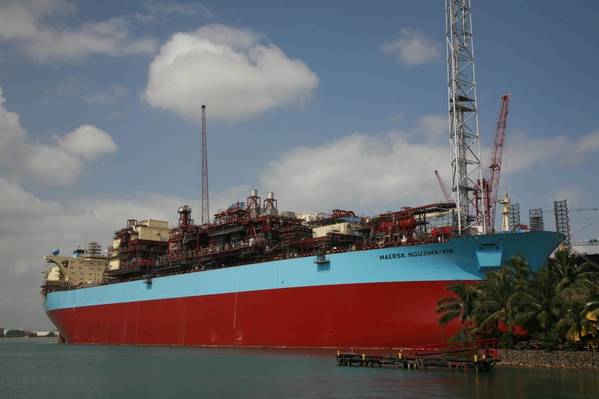 Australia's Woodside Petroleum Ltd has started commissioning activities at the $1.9 billion Greater Enfield oil project off the state of Western Australia, two people with knowledge of the matter said on Wednesday.

Oil from the project is expected to be sought after by traders in Asia. Australian crude similar to the quality expected from Greater Enfield is selling at record premiums as the oil, in limited supply, can be blended directly with high-sulphur fuel oil to reduce its sulphur content to 0.5% to meet new marine fuel specification for the shipping industry.

The Greater Enfield project is in the process of "commissioning and ramping up" production, one of the people said, adding that the floating, production, storage and offloading (FPSO) vessel has been at the field for over a month now.

The sources declined to be identified because they were not authorized to speak to the media.

The project included the development of new oil resources and linking them to an existing oilfield called Vincent.

Production at the Vincent field, located 50 kilometers offshore Exmouth, Western Australia, had been suspended since May 2018 so that the Ngujima-Yin FPSO could be modified to accommodate output from Greater Enfield.

Woodside operates the Greater Enfield project and has a 60% stake, while Mitsui E&P Australia Pty Ltd, a subsidiary of Japanese trading house Mitsui & Co, owns the remaining 40%. Production is expected to reach 60,000 barrels per day (bpd) when the project runs at full rate.

The project, scheduled to resume production in mid-2019, was on track, said a senior executive at Mitsui.

A Woodside spokeswoman said the company will provide an update on the project's status in its second-quarter results which will be released on July 18.

"Mitsui and Woodside will continue to jointly market Vincent crude, but at this stage no cargoes have been offered to the market," she said in an e-mail.

The first cargo of Vincent crude from the expanded production may load in August or September, said two trade sources.

The new oil's quality is expected to be a "little lighter and sweeter" than before, the sources said.

Previously, Vincent crude's API gravity was 17 degrees and it contained about 0.3% sulphur, one of the sources said.