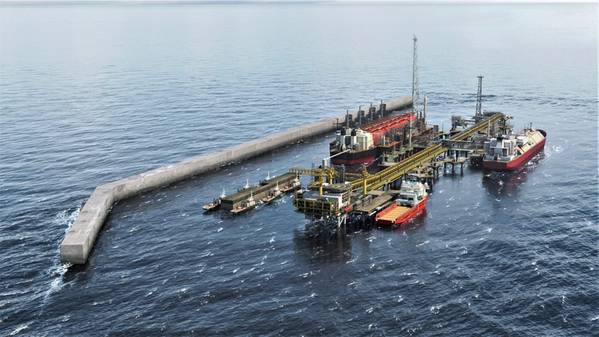 Mauritania is back, it seems, as Africa’s newest oil province, just 13 years after a sudden production drop at its first offshore oilfield, Chinguetti, precipitated the authorities ire over contracts and a rash of oil company departures.

Now, the West African Transform Margin confirmed by indie Kosmos Energy is heralding a working petroleum system in the Mauritanian salt basin. The pre-salt, too, has attracted the majors, and even Total has said it needs to “catch-up”, starting with new stakes in the ultra-deepwater northern blocks.

But, it’s the new Atlantic Margin play that’s the prize in this former French colony run by the former defense minister and said by Miami University political science professor Alex Thurston to have an entrenched “clique” running a country where the resident and former president are old army buddies; the punishment for homosexuality is death and the anti-slavery, anti-racism opposition parties are efficiently put down by the military whenever they protest, as they did earlier this year.

Africa’s newest oil province — which boasts what Kosmos Energy said on Monday was a much larger than announced gas reservoir at Greater Tortue — perhaps needs stability above all else. Its tightknit military families appear to deliver just that while Kosmos, BP and an assembled deepwater supply chain prepare to turn Greater Tortue from one liquefied natural gas (LNG) project of 2.5 million metric tons a year into Tortue Phase 2 and 15 MMta.

Shared by Senegal and Mauritania, this new basin has much in common with the Rovuma Basin shared between Tanzania and Mozambique, where offshore gas appears in large reservoirs set remotely in extremely deep water. There, too, floating LNG (FLNG) has been given the go-ahead.

As at Rovuma, an indie has led the way in making discoveries that confirm the geological play. As Calgary’s Artumas did in Tanzania, so, too has Kosmos confirmed a large margin play.

Successful Kosmos wells in 2015 at Tortue 1, Ahmeyim 2 and at Marsouin 1 all affirm the estimates that 15 Tcf at Tortue looks more like 50 Tcf for the licenses all-told. This apparent certainty is sure to reverse the trend that saw players depart, when Cretaceous sands 2,000 meters below the seabed and in 2850 m of water were overlooked.

Now, this week’s announcement that Greater Tortue is larger than had been announced will surely cement big player interest and bolster Mauritania and Senegal as offshore provinces. Kosmos cemented the trend still more, when it bought blocks in Senegal adjacent those in Mauritania.

Stability
When Tortue’s first near-shore LNG project delivers its 2.5 MMta of natural gas, Phase 2 — seen adding another 7.5 MMtpa — will already be underway. The “fractured reservoir”, “gas-management problems” and “bad contracts” of Chinguetti will have been forgotten.

BP has informed the market of Greater Tortue’s potential to deliver 50 Tcf. The reservoirs are deep, including to the south in Senegal, where the Yakaar 1 well was drilled to a total depth of 4,700 meters. Production at these extreme depths will have to be problem-free, before 500 MM cubic feet of gas per day can be transported the 80 kilometers from the Tortue floating production, storage and offloading unit (FPSO) to an FLNG parked behind a concrete and steel production breakwater, where it’ll be cooled and liquefied for transport as LNG (in the storm-free African doldrums).

While BP, Kosmos and the assembled supply chain — including the big supplier-contractors KBR, TechnipFMC, Baker Hughes and others — begin populating the Mauritanian offshore (sometimes remotely), the desert country’s other players will also continue making an impact, although some of their contributions will require political stability, to some extent, as the finances of some might not survive longer periods spent waiting on royalties.

One of those is Tullow Oil. Loaded with debt, the company is adept at finding Africa reserves and expecting a powerful revenue stream, much like Kosmos. Tullow is believed to be maturing assets after a major (9,000-square-kilometer) 3D seismic survey of Block C-18 in 2018 and of Block C-3 in 2017, the goal of which is named prospects to drill for late 2020.

Tullow’s work, and the Tortue field, will take time, and so a long period of problem-free deepwater operations and political stability are needed. That’s not 100% assured.

Chinguetti’s reservoir issues were linked to gas, and in Senegal — which shares Greater Tortue — the opposition recently probed LNG deals. And then Mauritania saw military coups in 2005 and 2008 (if staged jointly by the previous and the current president).