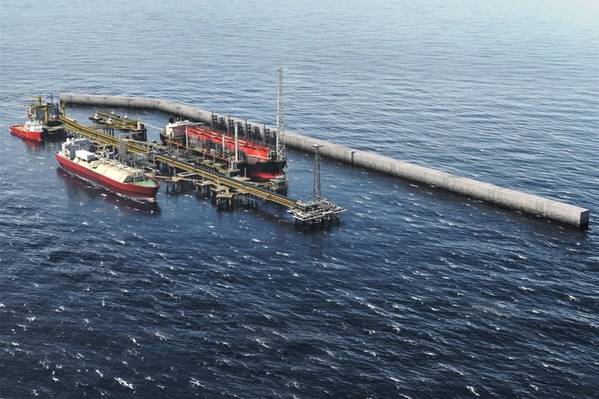 TechnipFMC announced Friday it has been awarded a contract from BP for the engineering, procurement, construction, installation and commissioning (EPCIC) of the floating production storage and offloading (FPSO) unit to be deployed for the Greater Tortue Ahmeyim project offshore West Africa.

The Tortue/Ahmeyim gas field is located offshore on the border between Mauritania and Senegal, and contains an estimated resources of 15 trillion cubic feet of gas.

The EPCIC award, which builds on a front end engineering design (FEED) contract awarded in April 2018, is worth between $500 million and $1 billion, TechnipFMC said. “This award is one of our strategic 'early engagement' achievements, following the successful completion by TechnipFMC of the FEED study,” said Nello Uccelletti, President of TechnipFMC’s Onshore/Offshore business.

The Greater Tortue Ahmeyim project will produce gas from an ultra-deepwater subsea system and mid-water FPSO vessel, which will process the gas, removing heavier hydrocarbon components. The initial subsea infrastructure connects the first four wells consolidated through production pipelines leading to this FPSO.

From here liquids are removed and the export gas is transported via a pipeline to the liquefied natural gas (LNG) hub terminal where the gas is liquefied. The gas will be transferred to a floating liquefied natural gas (FLNG) facility at a nearshore hub located on the Mauritania and Senegal maritime border. The FLNG facility is designed to provide circa 2.5 million metric tons of LNG per annum on average, with the total gas resources in the field estimated to be around 15 trillion cubic feet.

It was announced earlier this week that Golar LNG has entered into a 20-year lease and operate agreement (LOA) with BP for the charter of the FLNG unit, Gimi, to service the project, which is expected to produce first gas in 2022.

The project, the first major gas project to reach final investment decision (FID) in the basin, is planned to provide LNG for global export as well as making gas available for domestic use in both Mauritania and Senegal. BP Gas Marketing will be the sole buyer for the investor partners’ LNG offtake for Tortue Phase 1. 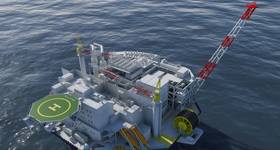 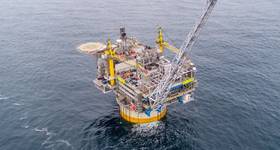