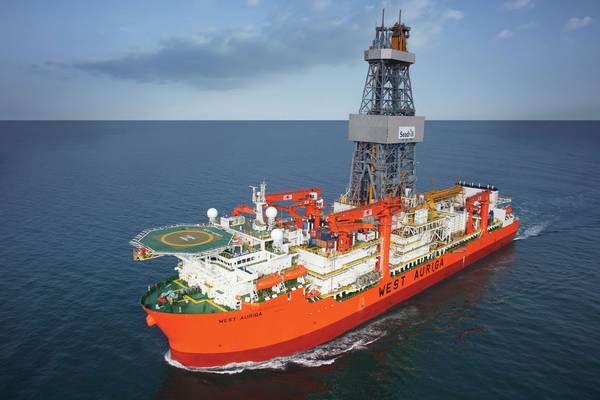 "It's not a great trade secret that we have a number of core investments that we expect to keep, those being investments in Seamex and Seadrill Partners, and that there are businesses that are non-core to us, such as Archer, which was spin-out from Seadrill originally, and a joint venture Seabras with Sapura Energy," Morris said.

Seadrill has a 50 percent stake in Seabras, which owns and operates six pipe-laying service vessels in Brazil.

"When we look at how we can continue to delever the Senior Secured Notes, there are number of things that we can do, and some of that would come from realizing some of those sales of non-core assets," he added.

Morris, however, said the timing of a potential divestment was uncertain and the company would not rush to sell non-core assets in order to get the best value.

Seadrill's current liabilities stood at $811 million and non-current at $7 billion, including about $5.7 billion in secured bank debt, with first payments scheduled in the first-quarter of 2020, with some deferment options.

Earlier on Thursday, Seadrill reported better first-quarter earnings than the company guided, but said it expected weaker results in the second-quarter.

Morris is stepping down from his position by the end of June and the company is expected to announce his replacement in a few weeks.