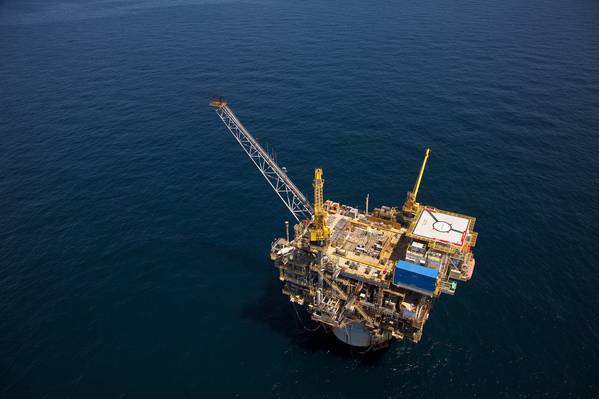 US oil major Chevron has stated that it will not make a counter proposal for Anadarko Petroleum, following Occidental's counter bid.

Chevron said that: "Under the terms of its previously announced merger agreement with Anadarko Petroleum Corporation, it will not make a counterproposal and will allow the four-day match period to expire. Accordingly, Chevron anticipates that Anadarko will terminate the merger agreement."

On termination of the merger agreement, Anadarko will be required to pay Chevron a termination fee of $1 billion, according to the oil major.

Chevron made its bid for Anadarko on April 12, in a $33 billion cash and stock deal. Then, April 24, Occidental Petroleum sought to rival that bid, submitting a higher, $38 billion cash-and-stock offer for Anadarko. On April 26, in what appeared to be the start of a bidding war, Chevron then said it and Anadarko had already begun meetings on a merger plan.

Chevron said: "Winning in any environment doesn’t mean winning at any cost. Cost and capital discipline always matter, and we will not dilute our returns or erode value for our shareholders for the sake of doing a deal,” said Chevron’s Chairman and CEO Michael Wirth. “Our advantaged portfolio is driving robust production and cash flow growth, higher investment returns and lower execution risk. We are well positioned to deliver superior value creation for our shareholders.”

Had it gone through, Chevron's bid for Anadarko would have been the oil industry's largest since Royal Dutch Shell bought BG Group in 2016, and it sparked speculation that other shale producers were in play.

The decision leaves Occidental Petroleum Corp, a company that is one-quarter the size of Chevron, as the likely victor in a contest that again proved the allure of U.S. shale.

Occidental has said it plans to shed most of Anadarko’s non-shale properties in a deal that would cement its position in the Permian Basin of West Texas and New Mexico, the top U.S. shale field.

Analysts said they do not expect another bidder to emerge. “The industry is trying to show investors more capital discipline and if another suitor comes in that would be significantly counter to most companies’ strategies,” analysts at RBC Capital Markets said in a note on Thursday.

Investors have sold off shares of oil companies that increased spending on drilling, punishing them for not using the cash to finance shareholder returns. They have called for capital discipline, defined as increasing production by 4 percent a year and maintaining a 4 percent dividend.

One result of that approach: The value of U.S. oil and gas mergers and acquisitions fell to a 10-year low in the first quarter, driven by investors selling off shares in companies that spent more on drilling than on buybacks and dividends.

The brief contest for Anadarko underscored the value of its assets in the Permian Basin. The vast shale field holds oil and gas deposits that can produce supplies for decades using low-cost drilling techniques.

Greig Aitken, Director of M&A Research at Wood Mackenzie, said, "Anadarko represented a fantastic opportunity for Chevron, but it wasn't crucial in a portfolio sense. "Chevron wields an enviable growth profile among the Majors. It is already a leader in US tight oil, underpinned by its low-royalty, contiguous acreage position throughout the Permian," he said. "We thought Chevron had room to up its offer without destroying value – and in oil and gas M&A, that's generally an achievement for any buyer. But it looks like Chevron wasn't content with just breaking even."

He added: "The bidding war it found itself in was unexpected, and eroded the value creation opportunity that prompted Chevron to move for Anadarko's portfolio originally. Chevron can afford to be selective in its business development. Pulling out sends a very strong, very positive message on capital discipline. We expect Chevron will remain on the lookout for good value business development opportunities throughout the US, continuing to play its strengths as the US tight oil super-major."

Mr Aitken added that Chevron's walking away may also prompt some soul-searching among Occidental investors. "The fact that the deal was too rich for Chevron may raise concerns about Occidental's ability to create value. No one wants buyers' remorse in a US$55 billion plus purchase," he said. "Occidental may still face a fight at its Annual General Meeting from some investors opposed to the deal. Balance sheet pressure and expensive financing is now a reality for Occidental; it will have to move fast to complete its divestment plan and integrate the newly-acquired business."