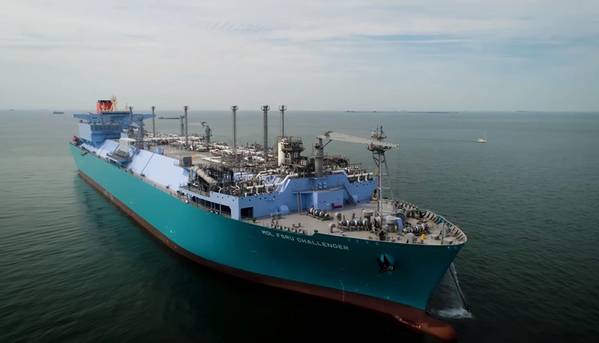 With oil prices pushing toward USD 80 dollar on geo-political strife, there’s the expectation of a concurrent rise in world gas prices and regional liquefied natural gas (LNG) projects, judging by some frenetic dealmaking of late.

Few things express faith in gas’s relationship to oil like a slew of new contract signings. Conspicuous market activity this week seems to provide some confirmation. In the numbers is evidence that “small-scale” contracts are also boosting gas markets.

FLEX LNG — now an LNG shipping force in the making — secured half a million dollars in finance to begin marketing four newbuild LNG carriers. Its vessels were understood to have been at the Korean yards that built them, although Seul-based lenders now see a growing window of earnings during which FLEX can make good.

In its market reporting and analysis, World Energy Reports notes still more telltale LNG contract activity. Amid a range of floating oil production contracts being won of late — by Samsung for the building of a gas condensate FPSO for offshore India; by SBM for a Fast4Ward FPSO hull; by Aker Solutions for an unmanned semisub for the Jansz-Lo project — there was a little-heralded agreement between Japanese energy transport business, MOL, and Turkey-based Karpowership to partner on a floating storage and regasification unit, or FSRU.

In its 131-page report, Floating Production Systems: Projects in the Planning Stage, Units on Order, Installed Systems and Available Units, WER details 221 floater projects on the drawing board; 47 floating production or storage floaters on order; 306 floating producers in service and 30 floaters available for redeployment contracts. Many or these are gas-related.

WER’s accounting also identifies the role of a growing numbers of floating power plants, or power ships, combining with FSRUs to boost demand by sheer numbers. This month’s agreement between MOL and power ships marketer, Karpowerships, shows that despite ostensibly being used to cover peak and emergency electricity needs, the power vessels — 18 of which were under construction in March 2019 — can also generate 40 MM cubic feet per day of gas demand for their electricity.

The Turkish power and gas player will now coinvest with MOL in more re-gas plant to feed its growing fleet of floating power plants: already, 15 of these generate from 37 MW to 470 MW of power spread across the developing world. WER notes that they’re stationed in Lebanon, Indonesia and Ghana.

There are other signs of LNG resurgence. WER charts show the location of  floating gas projects operating, being built or in the planning stage.

A WER spreadsheet sorts the data. There’s even mention of FSRU changes of the guard, as this month on Turkey’s Aegean coast, where Etki Liman and Pardus Energy’s 170,000-cubic-meter Turquoise FSRU arrived to replace Total’s Neptue FSRU, in-place since 2016.

Like the power-ships/re-gas solution, the Neptune, a Hoegh LNG asset, is now a market wildcard. Given the seemingly strenghtened market conditions, WER authors suggest the Neptue is “presumably to be marketed for another FSRU assignment”. There’s clear competition for these.

“Now, FSRUs and FSUs are being adopted for a growing number of projects to establish LNG receiving terminals all over the world because of their advantages, including a shorter lead time and lower costs compared to conventional onshore receiving terminals,” a MOL note to shareholders reads. New to the re-gas game, the Japanese company is moving fast, and the Turkish partnership comes just a year after taking delivery of the FSRU Challenger, an Asian owership first, and another project aimed at Turkish gas markets.

Meanwhile, MOL sees a “robust, cost competitive” solution in LNG-to-Powership, and “The parties will aim to materialize several projects in the coming years.” In fact, MOL and Karpowership may already have begun converting another LNG carrier into an FSRU for yet another floating power station. Destination: unknown.