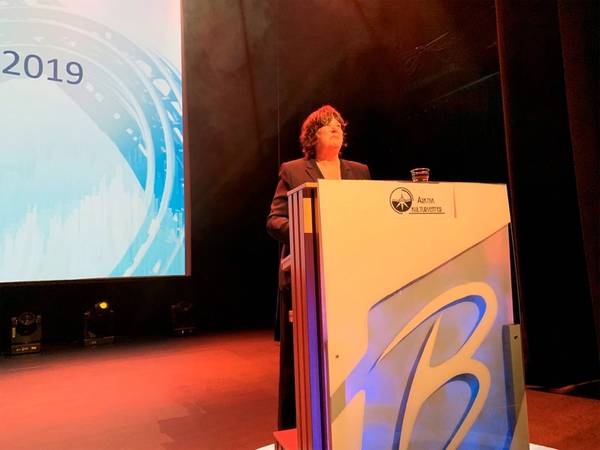 Norwegian Petroleum Directorate (NPD), Norwegian government agency responsible for the regulation of the petroleum resources on the Norwegian continental shelf, has presented a report on petroleum activity in the High North at the Barents Sea conference.

The report shows how exploration and large-scale oil and gas production take place under demanding marine conditions in both the US, Canada and Russia.

“We hope the report can contribute in a knowledge-based approach to the debate,” says Director General Bente Nyland, who presented the report.

Petroleum activity has taken place in the High North since the first exploration wells were drilled near the coast in the Laptev Sea in Russia in the 1930s. In Norway, petroleum activities in the north started in 1979, and production started from the Snøhvit field in 2007.

Norway is one of five Arctic coastal states, but due to the Gulf Stream, most of our sea areas remain ice-free year-round. The climate in the High North in Canada, the US, Russia and Greenland is considerably more challenging, with ice sheets partly or completely covering the area throughout the year.

Two fields are in production in the Norwegian part of the Barents Sea – the Snøhvit gas field and the Goliat oil field. The Johan Castberg field is being developed and will start to produce in 2022, according to plan. Several discoveries have been made that are relevant candidates for development, and there are still considerable undiscovered oil and gas resources. The companies must explore if these resources are to be proven. The Norwegian Petroleum Directorate expects that as much as 65 per cent of the undiscovered resources on the Norwegian Shelf lie in the Barents Sea.

The Petroleum Activity in the High North report shows how exploration and large-scale oil and gas production take place under demanding marine conditions in both the US, Canada and Russia. Exploration and production take place in areas that have both sea ice, first-year ice, perennial ice and icebergs, as well as in areas that are entirely icebound. Oil and gas are also produced in areas where distances are vast and wind and wave conditions are rough.

“Ever since the start on the Norwegian Shelf 50 years ago, there has been a stepwise approach to new areas and new fields. This approach is founded on technological knowledge and experience both from the Norwegian Shelf and internationally. The Director General’s new report shows that this also applies to the petroleum activity in the High North,” says the Director General.