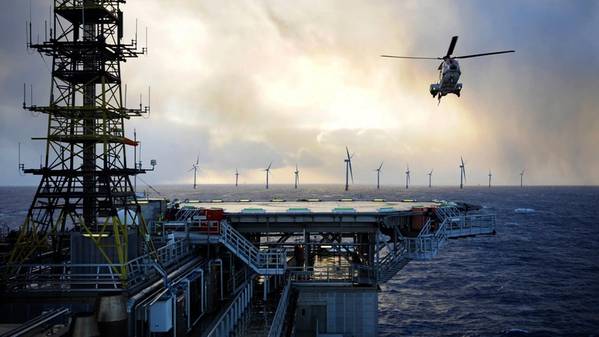 DNV GL said on Monday it is working with Equinor to undertake a third-party verification study of the Norwegian Hywind Tampen floating wind farm, expected to be the world’s first offshore wind farm powering oil platforms.

Situated in the North Sea approximately 200 kilometers west of Florø, Norway, north of Gulfaks and south of Snorre, the Hywind Tampen project will consist of 11 8 MW turbines capable of meeting 35% of the annual power demand of the two oil fields, including the the five Snorre A and B, and Gullfaks A, B and C platforms. The introduction of floating offshore wind could cut emissions from the oil fields by more than 200,000 metric tons per year.

DNV GL’s independent verification study will ensure that the floating wind turbines comply with the applicable codes and standards for floating offshore wind and will focus on the review and verification of the design of the substructure, tower and mooring system as well as critical load conditions and global design parameters.

“Reducing the use of gas for power generation by using floating offshore wind turbines to supply power to oil platforms is a challenging and innovative project with far-reaching benefits to both the oil and gas and renewables industries, and to combating climate change. Having been involved in floating wind for many years now, including as verification body on Equinor’s Hywind Scotland project, we’re excited to impart our expertise further on Equinor’s Hywind Tampen project,” commented Prajeev Rasiah, Executive Vice President, Northern Europe, Middle East & Africa, DNV GL - Energy. 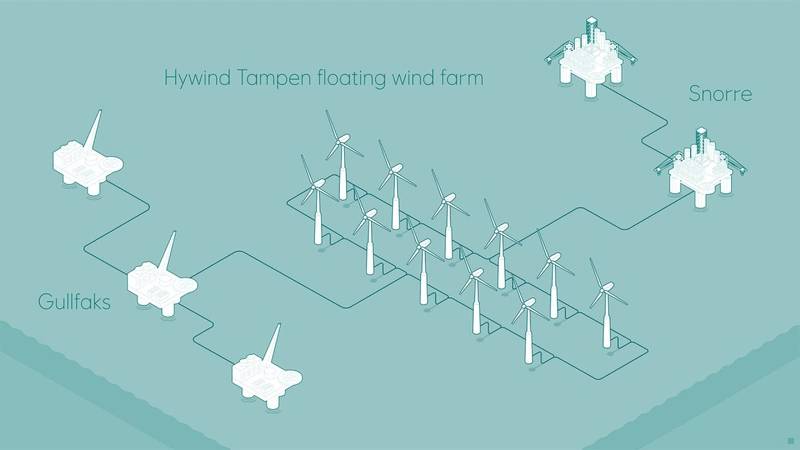