Seacrest in Talks to Sell Azinor

Private equity fund Seacrest Capital is in talks to sell part or all of its British North Sea-focused oil exploration firm Azinor Catalyst, which could fetch between $60-$100 million, having received unsolicited offers for it, banking and industry sources said.

Azinor does not currently produce any oil or gas but has prospective resources of around 600 million barrels of oil equivalent (boe), according to sales documents seen by Reuters.

In 2014, it discovered the Agar-Plantain fields, which are estimated to contain a commercial 30-50 million boe and where first oil is expected in 2022. Cairn Energy and Faroe Petroleum - now part of Norway's DNO bought into the project last year.

Last December, Azinor said it had received a letter of intent to sell material stakes in three exploration projects thought to contain resources of 400-500 million boe. The buyer would take on drilling costs.

In total, Azinor owns part or all of seven licences in the British North Sea.

According to a sales document binding offers are due until April 30.

The offer for the entire company came from an established oil and gas company now not represented in the North Sea, a source familiar with the matter said, while offers for assets came from independent oil firms and private-equity vehicles.

Several private equity-backed players have entered the British oil and gas sector since the downturn of 2014 and investors are expecting some will eventually move towards an initial public offering (IPO) on the stock exchange.

Industry players are watching closely how each of the private equity funds organizes their exit from the basin as appetite for IPOs is not expected to be sufficient to cover shares for all of them.

Azinor Managing Director Nick Terrell has previously floated an IPO as an option for his company.

Seacrest declined to comment on a potential sale. Hannam and Partners are advising on the deal, sources said.

Beyond Azinor, Seacrest is also invested in Dubai-based Azinam, a Namibia-focused exploration company, and Norwegian oil company Okea, which are planning to launch an IPO in Oslo. 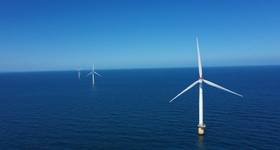