Aker BP to Use Maersk Rig on Ivar Aasen

The safety agency said that the consent is for the use of the jack-up rig Maersk Interceptor for production drilling on the Ivar Aasen field.

Ivar Aasen is in the northern North Sea, 30 kilometres south of Grane and Balder. The field is operated by Aker BP.

First oil from the field was produced on December 24, 2016. It was developed as a stand-alone platform for partial processing and water conditioning and injection, with transfer of the multiphase hydrocarbon mixture through two pipelines to the neighbouring Edvard Grieg field for final processing and export Maersk Interceptor is a jack-up rig operated by Maersk Drilling.

The drilling facility (jack-up rig) operated by Maersk Drilling was issued with an Acknowledgement of Compliance (AoC) by the PSA in 2014. 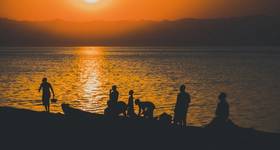