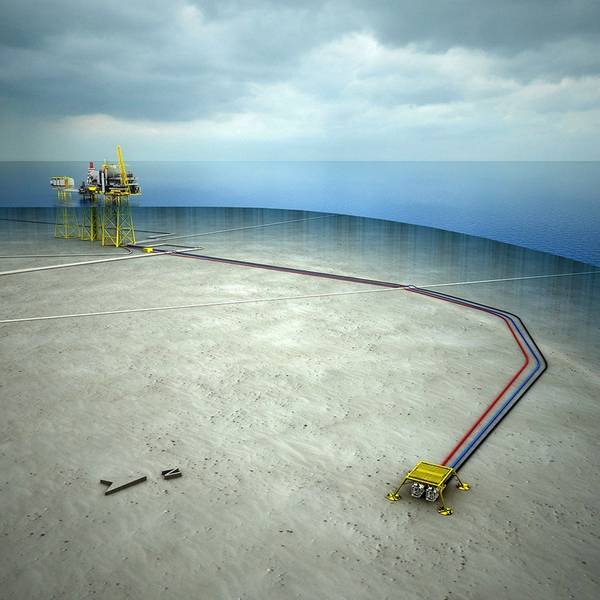 Offshore operator Spirit Energy announced Tuesday that it started oil production on the Oda field in the southern part of the Norwegian sector of the North Sea on March 16, nearly five months ahead of schedule.

The Oda field, discovered by Spirit Energy in 2011, holds estimated recoverable reserves of about 33 million barrels of oil equivalent, of which 95 percent is oil. Peak daily production is expected to reach nearly 35,000 barrels.

The field is the company’s first development as operator on the Norwegian continental shelf, "a key region for our business,", said Spirit Energy Norway managing director Rune Martinsen, who notes that the production start comes "well ahead of schedule and well below budget."

When the Plan for Development and Operation (PDO) for the field was submitted to the authorities in November 2016, production start was scheduled for August 1, 2019, and total investment costs were estimated at 5.4 billion kroner ($633.3 million). According to Spirit Energy, who holds 40% interest in the field, most recent calculations indicate that the project will be delivered at a price of around 4.6 billion kroner ($539.5 million) – an improvement of nearly 15%.

The operator credits the cost savings to efficient drilling of production wells, as well as a new type of cooperation with suppliers.

Prior to start-up of the Oda project, Spirit Energy entered into long-term agreements with Aibel, Subsea 7, TechnipFMC and DNV GL based on a new initiative on the Norwegian Shelf that saw contracts signed for up to 10 years. The objective was to achieve long-term cooperation, as well as to create value and predictability, Spirit Energy said.

"We wanted to have the suppliers with us from start to finish, rather than defining the project ourselves and then putting it out for tender. In this way, we created predictability, cooperation and a long-term perspective – also for the suppliers," Martinsen explained.

"We’ve let the experts do what they do best. There is no doubt that this cooperation model has contributed to high-quality delivery. We have also had excellent cooperation with Aker BP, operator of the host platform on the Ula field."

Preliminary estimates show that this cooperation with the suppliers, which has been called ‘Strategic partner alliance’, has helped reduce costs by around 50% within the various delivery areas, from concept selection to commissioning.

The field is developed with a subsea template tied in to the Ula platform, 13 kilometers away.

The oil is exported to Ekofisk and then onward in Norpipe to the Teesside terminal in the UK. The gas from Oda is injected into the Ula reservoir to improve oil recovery from the Ula field.

The subsea connection between Oda and Ula is an innovative solution, with reuse of equipment on the Ula platform.

"Reuse is a smart approach in the oil industry," Martinsen said. "Oda would have been more expensive if we had not used equipment that was already offshore. Now, the economic case for the Oda field is strong."