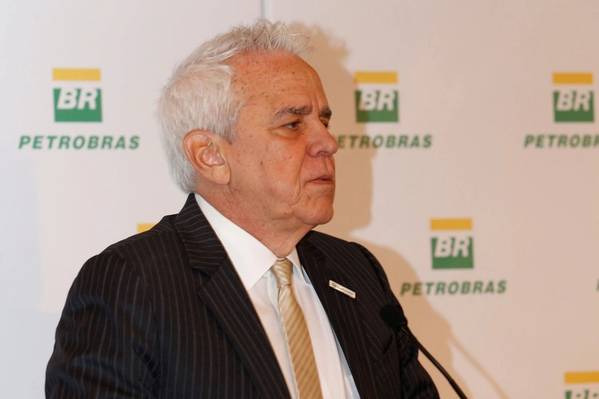 As the world's top oil companies diversify and expand their presence in the petrochemicals and renewables segments, Petrobras is craving to be a less verticalized company.

As partner to the Brazilian government in one of the industry's most coveted assets – deepwater pre-salt reservoirs – the state oil company focuses on oil and gas production and continues its aggressive asset sale plan targeting to reduce its debt and increase its profitability. At the same time, the company distances itself from promising businesses and has been raising the interest of its global competitors in its assets, while opening the door for increased foreign investments in Brazil.

Roberto Castello Branco took over as Petrobras president in January with the speech that the company needs to focus on its core business. In two months, the executive has already expressed his intention to sell Braskem and Liquigás (Petrochemical & Liquifies Gas subsidiaries), in addition to reducing the state's share in refining and BR Distributor.

"Strategically, we want the company to generate value for the shareholders, for Brazil. To do this, we must substantially improve the allocation of capital, directing it to the best uses, the assets where we are natural owners, the ones where we can extract the maximum possible return, and this is mainly in the exploration and production of oil and gas, " he told a recent news conference.

With rising oil prices and lower provisions for losses than in previous years, Petrobras closed 2018 with a profit of R$25.8 billion (US$6.74 billion), the first positive result since 2013, before the discovery of the corruption scheme investigated by Federal Police and the Public Ministry - Operation Car Wash.

"Petrobras' performance over the past year was arguably the best in many years," wrote Roberto Castello Branco in a message accompanying the balance released. With the result, the company will distribute R$7.1 billion (US$1.85 billion) in dividends.

The company's performance was driven by a 50% increase in the average price of oil, compared to the previous year. Even with a 5% drop in oil and gas production in 2018, exploration and production increased 97% in the year to R$44.2 billion (US$11.55 billion).

The super-major´s Ebitda was R$114.9 billion (US$30.02 billion) in 2018, a 50% increase over the previous year. For the fourth consecutive year, the company had a positive cash flow, reaching a record R$54.6 billion (US$14.26 billion). During the nearly two decades that the Workers Party (PT) headed the Brazilian government, the National Operator spent many years spending more than it collected, which contributed to the massive increase of its debt. As the main focus of the company´s leadership in recent years, net debt fell 4% in the year to R$268.8 billion (US$70.21 billion). The debt-to-EBITDA ratio, which indicates a company's ability to honor its commitments, was 2.34 times, versus 3.67 times in 2017. In 2018, Petrobras raised R$20.2 billion (US$5.27 billion) from asset sales, which were used, nearly exclusively to pay off debts. The value mainly refers to the sale of slices of oil production projects to Norwegian operator Equinor, the French major Total and the American company Murphy Oil.

"We are celebrating the good results of 2018, but we cannot limit ourselves to the internal vision, the comparison with ourselves even in previous years. Broadening our horizon for the global oil industry, we humbly acknowledge that we are far short of what is desirable," said Castello Branco.

Petrobras also projects the payment of R$150 billion (US$39.17 billion) by 2023 in royalties and taxes, related to the extraction of oil and gas made exclusively in the pre-salt areas. The amount is equivalent to what was disbursed last year by all areas of the company in different basins, including special participations.

The growth of production in the pre-salt areas also contributed to increase the investment in research, development and innovation (RD&I), which jumped from R$1.8 billion (US$470 million) to R$2.3 billion (US$600 million) in the last year. By law, the more production grows, the more the company must invest in research.

With the resources, the Union and the state governments of Rio de Janeiro, São Paulo and Espírito Santo, besides the municipalities in which the extraction are being made, will benefit. In 2019, Petrobras expects a large increase in oil production, with the installation of two new floating production storage and offloading units (FPSO) and the increase in production from FPSOs installed in 2017.

"We will continue with the divestments and the reduction of financial leverage, maintaining the discipline of capital and optimizing portfolio management, debt and cash management," said the balance sheet text, highlighting the way ahead for the national operator.