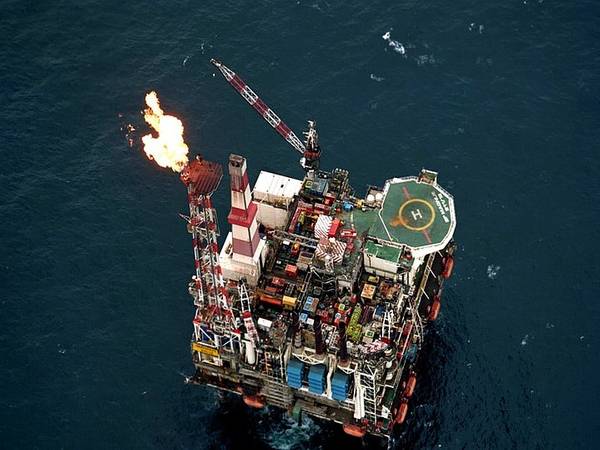 British oil firm EnQuest's shares slumped to a three-year low on Tuesday after Cairn Energy, its partner in its flagship Kraken project, cut its estimate of the oilfield's reserves by around a fifth.

The Kraken oil and gas field in the British North Sea is EnQuest's largest producing asset. EnQuest holds around a 70 percent stake and Cairn owns the rest.

Cairn said in a statement that it had revised down its estimate of Kraken's reserves by 19 percent, or 6.8 million barrel of oil equivalent (boe).

"Gross production from Kraken averaged 30,300 boepd in 2018, which was below expectations," Cairn said. "Production levels were most significantly affected by production system outages on the FPSO (floating production storage and offloading vessel), weather-related incidents and higher water-cut than originally expected."

A shutdown is expected later this year, it added.

EnQuest, however, said its estimate of Kraken's reserves was "materially unchanged" given the two companies use different types of analyses and that it foresaw no impairment charges on Kraken. Cairn said it had booked a charge of $163 million on Kraken on the back of the downgrade.

The conflicting reports added to pressure on EnQuest's share price, which fell to a three-year low of 16.08 pence before recovering some losses. They were down around 9 percent at 16.80 pence at 1037 GMT.

"The companies utilise different technical approaches to Kraken production forecasting in preparing their reserve profiles for their respective auditors. However, this additional uncertainty is unwelcome," RBC analyst Al Stanton said.

EnQuest switched from plans to sell a 20 percent stake in Kraken to borrowing money against it after two sets of sale talks had to be abandoned as a deadline for a debt repayment approached, industry and banking sources said last year.

Instead EnQuest decided to borrow $175 million against 15 percent of Kraken's cashflow from Oz (Och-Ziff) Management to be paid back within five years.

Cairn's shares fell as much as 11.4 percent on Monday after it announced a further delay in the resolution of a tax dispute in India. They fell a further 3.7 percent on Tuesday after Cairn stated the Kraken downgrade in its annual results release.