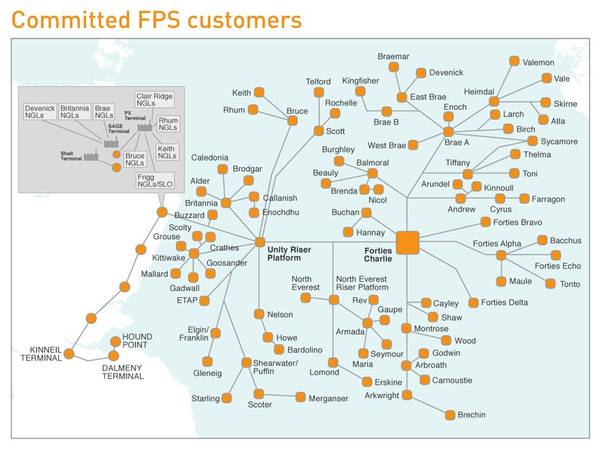 Billionaire Jim Ratcliffe's petrochemicals company Ineos said on Wednesday it would spend 1 billion pounds ($1.33 billion) on UK energy assets, including the Forties pipeline, which carries almost half of Britain's oil and gas from the North Sea.

Ineos said it would invest 500 million pounds on overhauling its ageing Forties pipeline, which has been in service since 1975 and can carry up to 600,000 barrels per day (bpd) of oil.

"Ineos is a supporter of British manufacturing and this 1 billion pounds investment underlines our confidence in our business in the UK," Ratcliffe said.

The company bought the pipeline from BP in late 2018. Within weeks, it was forced to shut the system for around two months to fix a crack in an onshore section, triggering a spike in British natural gas prices in the depths of winter.

Ineos said the upgrades would extend into the 2040s the lifeline of the pipeline system, which it said carries 40 percent of Britain's offshore crude oil and natural gas.