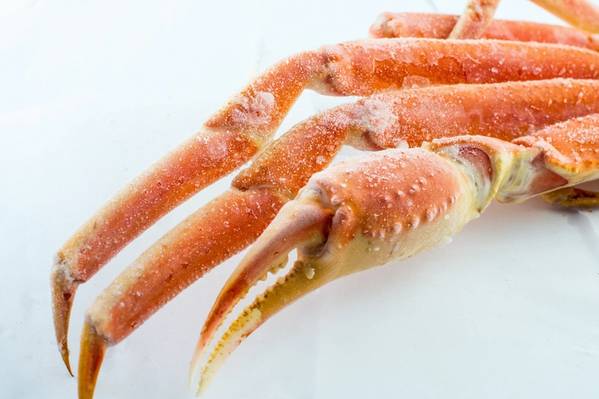 A court delivered a painful nip to European Union fishermen on Thursday by tightening Norway's grip on snow crab catches in the Arctic, a ruling that may also let Oslo claw more control of oil and gas from other nations.

Fishermen from the European Union must ask permission from Oslo to catch snow crab — whose meat is a delicacy for gourmets from Canada to Japan — in Arctic waters north of Norway, the Norwegian Supreme Court said in a unanimous ruling.

The court dismissed an appeal by a Latvian fishing firm and its Russian captain against fines imposed by a lower court for catching snow crab around the remote Svalbard Islands in 2017 with only an EU licence.

Latvia's Foreign Ministry said it would review the decision at a government meeting.

"Norway is tightening its grip," in the Arctic, said Oeystein Jensen, a researcher in international law at the independent Fridtjof Nansen Institute in Oslo.

"The court clarifies that if you are going to fish, or search for oil and gas, you need permission from the Norwegian authorities," he told Reuters.

At issue was whether the snow crab was a sedentary species living on the seabed or moves around like fish, and who gets to control the stocks.

The court agreed with non-EU member Norway that snow crabs are sedentary, like corals or oysters, and that as such under the U.N. Law of the Sea they are a resource belonging to the continental shelf of Norway extending hundreds of miles (kms) offshore.

Had Norway lost the case, the EU could have staked a claim over the snow crab and it could have been harder for Oslo to regulate access to potential oil and gas resources beneath the Arctic seabed.

"For the Norwegian coastguard this is a big relief — they can arrest any ships fishing illegally in the Svalbard area," chief public prosecutor Lars Fause told Reuters.

Sedentary
The Latvian firm, SIA North Star, argued that the crabs are not sedentary because they scurry around and so should be regulated under regional fisheries accords signed by parties including the European Union, Norway and Russia.

It argued that it had a valid EU permit.

"We're very disappointed," defense lawyer Hallvard Oestgaard told Reuters. He said that his client would consider whether to try to appeal to international tribunals.

And SIA North Star argued that Norway is obliged under an international 1920 treaty to allow other nations access to the waters around Svalbard.

That treaty grants sovereignty to Norway but gives other signatories rights to engage in commercial activities on and around Svalbard. Russia, for instance, runs a coal mine on Svalbard.

But Oslo says rights to exploit resources around Svalbard extend only to a narrow band of just 12 nautical miles offshore. The court ruled that the Latvian catches were illegal under Norwegian law, irrespective of the Svalbard Treaty.