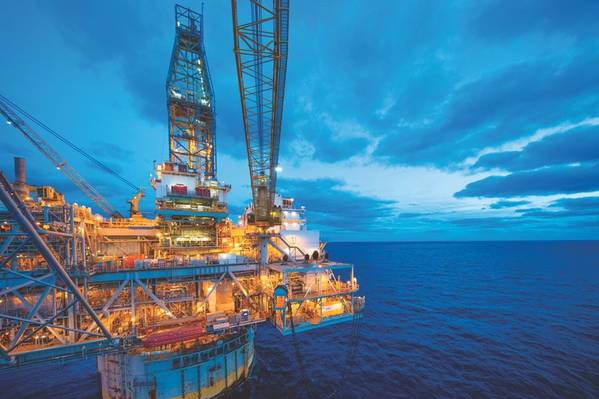 BP’s Mad Dog deepwater production unit in the Gulf of Mexico has been onstream since 2005. (Source: BP)

Keeping operations humming on an oil production spar with an integrated drilling rig requires a lot of planning. The inspections, repairs and maintenance plan for the deepwater Mad Dog facility adheres to BP’s risk-based approach but is tailored to specific risks inherent on the facility and in the region.

BP’s Mad Dog production unit, situated in 1,400 meters water depth in the hurricane-prone Gulf of Mexico, is unique to the operator for two reasons: it’s a spar, and it has an integrated drilling derrick on board.

“A lot of our challenge is simultaneous operations and how to execute them most effectively and efficiently,” Steel said. “We spend a lot of time planning our way through things,” so work can be done without disrupting operations.

Taking vibration readings, changing oil and painting are all activities that can be done while the facility is online.

But sometimes the risk or procedures are such that a shutdown is necessary. When that’s the case, the work often is scheduled to occur during a turnaround. Such activities may include internal vessel inspections, pump replacements, control system replacement or upgrade, and compressor overhauls.

The Mad Dog turnaround in May and June of 2018 saw the replacement of the ignition system for the flare and the change out of lifeboats for bigger ones. 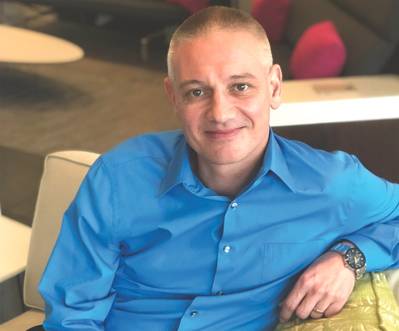 “We also took the opportunity to replace valves and other elements,” Steel said, citing the changing of shutdown valves and solenoids for higher reliability.

Usually, there are one or two drivers for scheduling a turnaround, he said, and “everything else is risk assessed and placed into it.”

A fact of life for operations in the Gulf of Mexico is hurricane season, and a hurricane threatening the Gulf prompts operators to shut in production units in and near the storm’s path.

“We have to manage those and monitor while the hurricanes pass and inspect when we come back up,” Steel said.

Flir cameras, which are part of the normal operations maintenance program for detecting leaks, are always used after hurricanes to make sure everything is safe before resuming production, he said. “It’s a clever technology, very useful.” 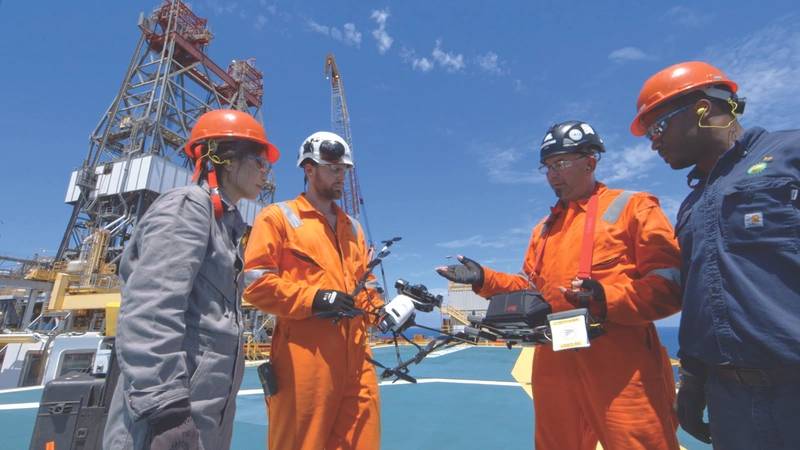 BP uses drones to inspect areas that are difficult to access, such as flare tips. Shown here is a drone inspection team at Thunder Horse. (Source: BP)

For example, if there is the risk of internal corrosion in a line, a standard mitigation is to inject corrosion inhibitor and monitor the corrosion in lines to ensure an effective amount of inhibitor is injected. This type of program tends to be iterative, Steel said, as the team continuously makes adjustments based on the latest data.

With a pump, the standard protocol might be to monitor performance and carry out maintenance if it fails to meet performance criteria. For equipment, Steel added, a well-thought-out spares program can make a big difference because when a spare part is on hand, it changes the level of risk.

“The sparing you have set up will dictate how you treat various pieces of equipment,” Steel said. Sparing refers to the amount of redundant equipment, so if BP has two pumps but only needs one to run, BP has a spare, making it possible to change over without impact.

But risk also surrounds the actual execution of IRM operations because in some cases personnel might have to use ropes or scaffolding to gain access to the site.

“We try to be evergreen about our program, and watch equipment performance and make adjustments,” Steel said.

In general, that could mean considering the age of equipment and determining whether it makes more sense to maintain it or replace it with a newer item of higher reliability.

When it comes to switching out equipment, he said, items like fire and gas detectors are often on the list.

“It tends to be more the electronic items that go into obsolescence,” he said.

That said, the offshore operating environment can be both humid and saline, which is tough on metal surfaces.

Automatic ultrasonic testing makes it possible to see if vessels and pipes are suffering from internal corrosion. 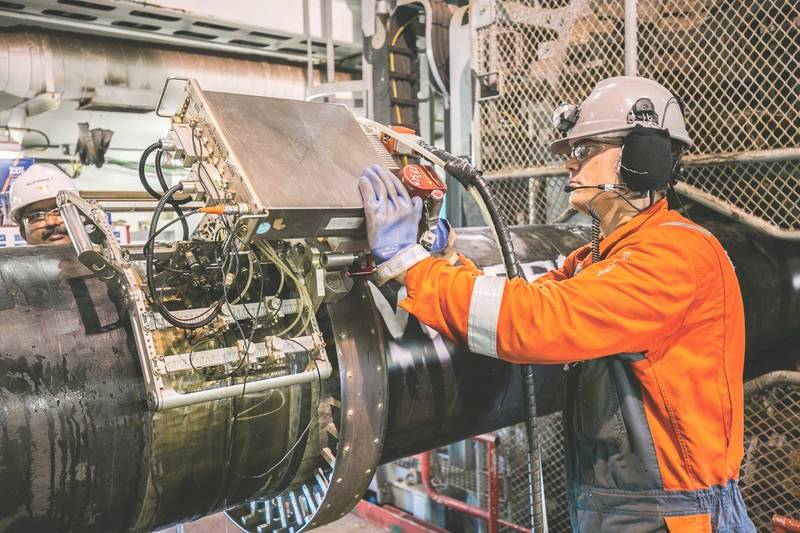 An inspector carries out automatic ultrasonic testing with a rotoscan unit. While this is from one of BP’s operations in Egypt, it is the same method employed at Mad Dog. (Source: BP)

“One of the things we’ve learned to do and manage is fabric [deck] maintenance,” Steel said.

When the time comes to blast and clean the equipment ahead of repainting, BP uses a HydroCat Surface Preparation System. This high-pressure robot creeps along the surface of the deck and cleans off the metal, which helps keep people away from that execution risk, he said.

Some facilities use other crawling robots for inspections, and Steel said he is considering some of those options for Mad Dog. Mini-ROVs can do internal hull inspections, he said, “which is really good.” And drones conduct flare tip inspections at Mad Dog.

A host of technologies can be used in ways not initially considered with the original design, he added.

A prime example of that is a bit of software called Return to Scene (R2S). Originally used for law enforcement, R2S eventually it made its way into the oil and gas space. The technology captures high-definition pictures of what something on the facility looks like, then pulls in external assistance with the combination of R2S and onshore engineers. Mad Dog was the first facility in the region to pilot R2S and has been using it since 2013.

Another useful IRM software that the supermajor uses is Plant Operations Advisor (POA), which BP developed with Baker Hughes, a GE company. POA monitors the overall health of platform topsides. POA relies on analytics to track past issues and flag potential future issues.

New technologies are appearing all the time, he noted. Mad Dog hasn’t yet taken up augmented reality or virtual reality for IRM work, Steel said, but he doesn’t rule it out as a future tool in the toolbox.

In 2014 a Mad Dog partner offered to share performance data with BP, and BP reciprocated.

“We dug into [their data] to see what they do differently so we could make improvements.” Based on that information, Steel adds, “We made some improvements around some instrumentation problems we’d been having” related to obsolescence.

It all comes down to continuous improvement, he said.

As technology advances, it allows us to do different things, to keep people safer, to drive up reliability, to detect early on potential issues that we can rectify and become more effective,” Steel said. 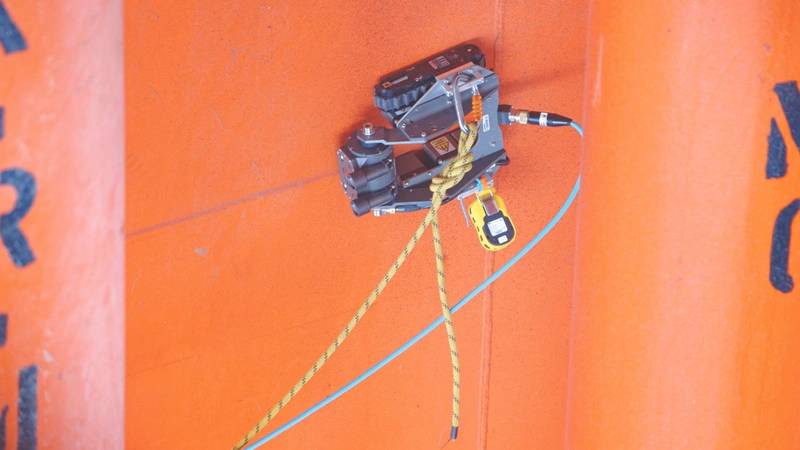