The enterprise software company said in a press release that the go-live is part of an implementation that will see IFS Applications rolled out to 10 oil rigs and over 1,000 users by January 2019.

Borr Drilling, with a fleet of 36 rigs, 9 of which are currently under construction,  decided to replace its incumbent business systems to support its goal of becoming the world’s leading provider of jack-up drills and drilling services, and to strengthen the efficiency of its international operations, the release said.

Elni Kullmer, head of IFS in Scandinavia, said, “We are committed to helping Borr achieve its goal of becoming the leading offshore drilling company. The success of this project is due to the efforts of a seasoned team of experts with long experience in delivering solutions to some of the world’s leading oil and gas companies.” 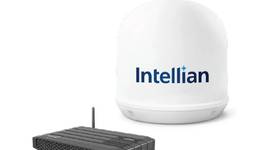