A subsidiary of Seadrill has entered into an agreement with Songa Offshore to acquire the ultra-deepwater semi-submersible rig Songa Eclipse for a consideration of US$590 million.

The rig was delivered from the Jurong Shipyard in Singapore in 2011, and is currently operating for Total offshore Angola on a fixed contract ending in December 2013. In addition Total has three one-year options to further extend the contract. Seadrill intends to take delivery of the rig during December 2012 after which it will have an immediate impact on Seadrill's cash flow and financial results.

Fredrik Halvorsen, Chief Executive Officer of Seadrill Management AS says, "This investment is in line with our strategy of building a modern fleet through selective acquisitions and organic growth. The ultra-deepwater market is in a strong cycle, something we expect to prevail over the coming years and the acquisition increases our exposure to this segment. Furthermore, we are pleased to strengthen our relationship with Total in Angola, and increase our presence in the region, which adds scale to our operations and could further reduce our relative cost base in the region." 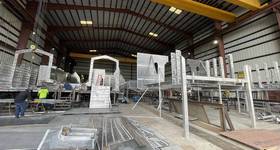