Total announces the restart of production on the Elgin/Franklin area on 9 March 2013, following the approval of the safety case by the UK Health and Safety Executive (HSE).

Production resumes gradually and should soon reach close to 70,000 barrels of oil equivalent per day (boed; approximately 30,000 boe/d in Total’s share), that is to say 50% of the production potential from the fields.
In order to recover by 2015 the production level which existed before the Elgin incident, a redevelopment project envisaging drilling of new infill wells on Elgin and Franklin is currently under study. In addition, the West Franklin Phase II development project remains ongoing with production start-up scheduled for 2014.
Commenting on the restart of the fields, Yves-Louis Darricarrère, President of Total Upstream, said: “Managing this industrial incident securely for our personnel and with limited impact on the environment was our priority. The causes of the incident are now known and all necessary measures have been taken to enable us to resume production and carry out future exploitation of the fields from the Elgin/Franklin area in the best safety conditions. Lessons learnt have been shared with the UK authorities and will also be shared with the wider industry. We now focus on continuing our development plans to bring back the full potential from these fields the soonest possible.”
Production from the Elgin/Franklin area, which includes the Elgin, Franklin, West Franklin and Glenelg fields, totalled over 700 millions of barrels of oil equivalent (Mboe) by the end of 2012. The remaining reserves are in excess of 500 Mboe and were not impacted by the Elgin incident. Production was stopped since 25 March 2012 when a gas leak caused by a combination of several unprecedented events occurred on the G4 well shut-in several months before.
A thorough investigation led by Total revealed that the leak was caused by a type of stress corrosion which was unique to the G4 well and was fed from a so far non-producing chalk layer located approximately 1,000 meters above the original reservoir.
The conclusions of this investigation have been taken into account to ensure that current and future operations are carried out with the utmost safety. A number of wells will be permanently abandoned and others will be evaluated additionally.
Total Exploration and Production in the United Kingdom
Total has been present in the United Kingdom since 1962 and is currently one of the country’s leading oil and gas operators. As such, TEP UK operates several fields in the Alwyn and the Elgin/Franklin areas as well as the gas terminal at St Fergus. It also owns interests in several non-operated fields.
Total continues to invest significantly in the UK and develops presently the
Laggan-Tormore project (with an investment of £2.5 billion) and the West Franklin Phase II project. Additionally, in October 2012 Total obtained nine new exploration licences during the 27th licensing round.
In 2012, the Islay gas field started producing in the second quarter of the year, and TEP UK contributed 5% of the Group’s hydrocarbon production or 106,000 boed in Total’s share.
North Sea Europe Gas 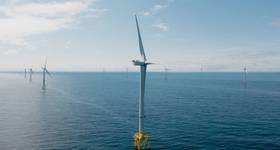