Subsea 7 has posted a record backlog of US$10.4 billion for Q2 2013, with tendering continuing to be high into Q3.

But profits were hit by a US$300 million loss provision on the Guará-Lula NE project, offshore Brazil.

Jean Cahuzac, CEO, said: “While I am disappointed with the US$300 million loss provision on the Guará-Lula NE project which we recognized during the quarter, I am pleased with project execution and our financial results throughout the rest of the business.

“Excluding this US$300million loss provision, we expect to deliver progress in adjusted EBITDA compared to the previous year.

“We have achieved a record backlog of US$10.4 billion, and with a further US$2 billion of contract awards announced so far in the third quarter and tendering activity remaining high, we expect that this backlog will continue to grow.

“In June, we announced a plan to improve our margins in Brazil and we remain disciplined in our bidding approach for new projects with a focus on risk management and profitability. In this context, I am pleased with the pipelay support vessel renewal and new-build awards we have recently announced in this Territory.”

Subsea 7 gave an overview of its operations and outlook:

The versatility of our fleet and breadth of our technology offering continue to act as differentiators. The recently launched West Franklin bundle represents the 71st unit constructed at our facility in Wick, Scotland, using our proprietary towed bundle technology.

In Africa, the quarter benefited from high vessel utilization and variation orders agreed with clients. Offshore Angola, Seven Borealis continues to operate successfully on the CLOV project, and good progress was made on the engineering and procurement for the Lianzi project which will move into the offshore phase in 2014.

Offshore Nigeria, there was strong project execution on the MPN Trunk project, while good progress was made on the engineering and procurement for the Erha North project which will move into the offshore phase in 2015. The timing of additional market awards in West Africa remains uncertain.

Tendering activity is improving in the US Gulf of Mexico and offshore Mexico, with Heidelberg and Line 67 awarded during the quarter.

Within the SapuraAcergy joint venture, Sapura 3000 was active on the offshore phase of the Gumusut project, offshore Malaysia.

In Brazil, the Guará-Lula NE project entered the offshore phase during the quarter, and the estimated full-life project losses were increased by US$300 million. The process of installing the first buoy has begun and, as expected, progress is hampered by challenging weather conditions in the Santos basin offshore Brazil. Following the renewal of the Kommandor 3000 and Seven Phoenix contracts with Petrobras during the quarter, the contract for Normand Seven was renewed and Petrobras awarded the group contracts for three new-build pipelay support vessels. Both Seven Condor and Kommandor 3000 will be in planned drydock during the third quarter.

In a business environment where supply chain bottlenecks and cost pressures remain a challenge, we continue to focus our resources on risk management and cost effectiveness and remain positive about the medium and long-term market prospects. 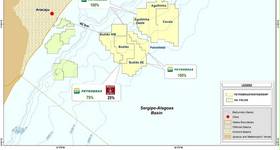 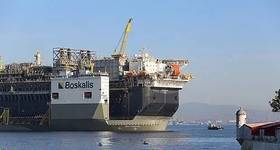