TGS has started new 2D and 3D multi-client projects in the Norwegian Barents Sea. Both surveys will provide high quality data prior to the closing of the 23rd Norwegian Licensing round.

NBR14 is an extension of TGS long offset 2D grid in the Barents Sea, adding 6600km to the existing data library. The survey will cover the Eastern part of the Norwegian Barents Sea, including the newly opened area in the former disputed Norway-Russia zone. M/S Academik Shatskiy will acquire the data utilizing broadband technology.

Data processing will be performed by TGS using its Clari-FiTM broadband processing technology and final data will be available to clients from Q4 2014. The surveys are supported by industry funding. 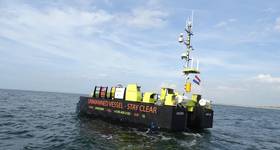