The Maersk Resilient cantilever jackup drilling rig began operations on appraisal well 30/2C-J12Z, located in a structure south of the primary Jade field, in August 2013. Its  target was HPHT Triassic sandstone. ConocoPhillips said that the well was completed and came online 22 June 2014.

Jade, which began producing in 2002, is located in the J-Area (J-Block) 240km off Aberdeen. It consists of an unmanned platform tied back to the Judy platform, located less than 20km away. The J-Area, which consists of the Judy/Joanne, Jade and Jasmine fields, produced at a rate of 49 million cu. ft/d in 2013, according to ConocoPhillips.

Jasmine field, which began producing in November 2013, is the largest active North Sea discovery since the Buzzard field began producing in 2007. Jasmine is located less than 10km from Judy. In 2010, AMEC was awarded the detailed engineering and procurement for work on the Judy platform and the hook-up and commissioning of Jasmine

The J-Area, located in roughly 80m of water, became commercial through the Judy/Joanne fields in 1997.

Image of the Maersk Resilient from Maersk. 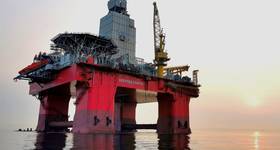 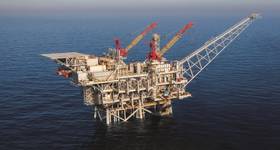