Fluxys to Add a Permanent LNG Bunkering Facility in Antwerp 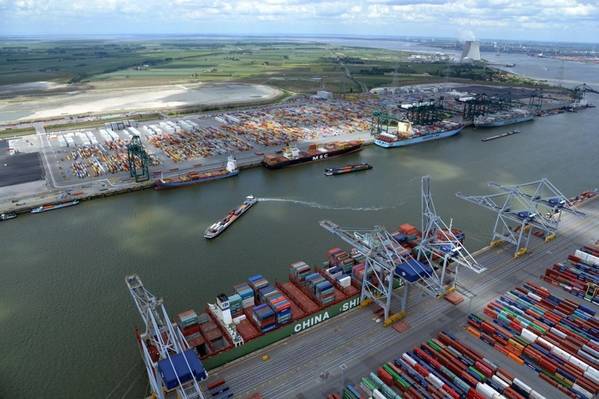 Fluxys has taken over the concession in the port of Antwerp at quay 526-528 to make liquefied natural gas (LNG) available as an alternative fuel for ships and barges, in one of the Port Authority's key initiatives to make the port's activities more sustainable.

Fluxys will add a permanent LNG bunkering facility by the end of next year to complement the existing mobile (truck-to-ship) bunkering service.
For ships and heavy duty trucks LNG is the ideal alternative in the transition to lower greenhouse gas emissions and better air quality. Switching to LNG immediately cuts emissions of sulphur and particulate matter to negligible levels, while emissions of nitrogen oxides are dramatically reduced and carbon emissions significantly lowered.
Over the next year and a half Fluxys will construct at quay 526-528 the infrastructure needed for barges and smaller seagoing ships to fill up with LNG at a permanent facility with LNG storage. For this purpose the company is working closely with G&V Energy Group, which will also build an LNG filling station for trucks on the same site.
Fluxys already enables barges and smaller seagoing ships to bunker LNG smoothly and flexibly 24/7 using LNG tanker trucks, a procedure known as truck-to-ship bunkering.
In order to provide LNG bunkering in the port of Antwerp, companies must have a permit from the Antwerp Harbourmaster's Office.
The ports of Antwerp, Amsterdam, Rotterdam, Zeebrugge, Bremen, Le Havre and Marseille are currently collaborating under the auspices of the International Association of Ports and Harbours to develop a suitable accreditation process, known as the LNG Accreditation Audit Tool.
The first draft of this international safety standard was welcomed enthusiastically this month in Amsterdam by a broad group of stakeholders.
Ports Energy Fuels & Lubes LNG