HRT's wholly-owned subsidiary HRT Walvis Petroleum Ltd., spud the Wingat-1 (2212A/07) exploration well offshore the Republic of Namibia. The well is the first in HRT's back-to-back exploratory program in the Walvis Basin, the company announced on 25 March 2013.

The Wingat-1 well, which targets the Wingat Prospect inside Petroleum Exploration License 23, is located approximately 200km northwest of Walvis Bay at a water depth of 1,034m.

HRT plans to test an elongated combination trap with a potential P10 area of 381 km2 of which there is a 4-way-structural closure of 42 km2. Wingat-1's main objective is to test the resource potential of the Albian-aged carbonate platform that has a well-defined seismic amplitude anomaly in the PSDM-3D data set, the company said. HRT expects to find the reservoirs 3,950m below sea level.

The semisubmersible Transocean Marianas will drill the Wingat-1 well to a total depth of 4,100m. Operations are expected to last 60 days. 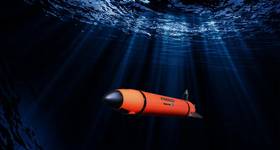