Cranking up the power on connectors

Siemens is putting a 45Kv wet mate connector designed for up to 3000m water through its paces. Elaine Maslin went to learn more at the firm’s plant in Ulverston, Cumbria, England.

In picturesque Cumbria, northwest England, a series of torture chambers have been created to put the next generation of subsea connectors through the worst conceivable conditions they might need to survive and operate at high voltage in.

Testing varies from putting up to 200Kv through the latest subsea connectors to exposing them to sudden temperature drops—or increases.

Connectors might be one of the smaller components both in the subsea factory of the future or in enabling technologies such as subsea power grids, but, along with harnesses, they are also a crucial component, responsible for delivering reliable, high voltage power to multiple consumers on the seafloor.

The number of consumers, and the power they require, is increasing. Subsea boosting and separation technologies are increasing in use, as is subsea metering. Subsea gas compression is coming closer to commercial reality, more and more electrical submersible pumps are being used, and more complex wells are requiring instrumentation.

The challenges today’s connectors face are being able to operate at the depths, temperatures, and the pressures into which today’s subsea fields are moving. Connectors also need to be able to efficiently and reliably transfer increasingly higher levels of power.

Siemens’ Subsea Connector Excellence Center, a state-of-the-art subsea connector facility in Ulverston, Cumbria, is creating and then “torturing” the latest connectors for such environments. Siemens’ goal is to create a subsea power grid (SPG)—a complete power supply and distribution system for large-scale subsea processing or for what Statoil calls the “subsea factory,” (OE: April 2014), complete with subsea mateable connectors. Siemens is currently in the final stages of the five-year SPG program which will be completed next year, at which time Siemens will be ready for a full-scale subsea pilot project. The system, and all its components, is being qualified to work in 3000m water depth, at up to 200km step out distance.

In 2012, former Tronic, a leading subsea connector specialist in the industry, was acquired. Since then, development work at Ulverston is focusing on a 45Kv, 1000amp wet mate connector, which was initiated to serve as the distribution connector for the SPG and it will be the highest voltage connector worked on. The highest power rated wet mate connector commercially available, and being used, at the moment, is a 10Kv connector, at 400amp, says Phil Ashley, head of Siemens Subsea Connectors. “We do have a 60kV dry mate connector developed, but it has never been used in anger.”

The core mechanical design, invented by the founder of Tronic, bought by Siemens in 2012, is a cone-shaped connection spring, with dual barriers, which enables subsea wet-mate connections in a controlled environment.

“We are taking a step up to produce the world’s highest rated subsea matable connector,” says Mike Marklove, director of technology and innovation at Siemens Subsea. “It means a step-change in materials, the connector has to become bigger, to be able to take the forces that comes with those ratings. It also represents challenges within sealing—we need new inventions in sealing to overcome some of the issues we have in sealing this up.”

The 45Kv connector will be rated to 3000m water depth, for use in the SPG and the connector qualification program is expected to run for 1.5 years.

Qualification is being done according to (Statoil Spec) TR2313—Subsea Electrical High Voltage Connector Assemblies. It will be tested at 200Kv during qualification.

Siemens Subsea’s Tronic connectors are designed to be modular, which means parts are standardized and can be ordered to create a component which meets its application needs. This includes a common module interface (CMI), and common module glands, with the addition of wet mate receptacles or plugs, with gender choice.

“We are aiming to have the connector available by 2015 and finish long-term qualification testing by 2017,” Ashley says.

The connector work is being done at Siemens’ Subsea Connector Excellence Center at Ulverston. Testing, including materials and corrosion testing, high voltage and environmental testing, shock and vibration testing, high pressure testing, and gas testing is carried out and can take up to two years to qualify a connector.

An environmental chamber is used to put materials through temperature gradients, as well as humidity. Temperature tests can range between -40°C and +90°C. Pressure testing can be carried out up to 30,000psi at Ulverston, including circulated sand and silt and circulated in the pressure chambers, for connection tests.

For critical component testing, HV trials at 104Kv are run for four hours, partial discharge-free up to 90Kv, with no breakdown at 200Kv, and components are X-rayed for faults.

For qualification, about 150 connection cycles are tested. On Siemens Subsea’s Tronic DigiTRON, 1000 cycles were performed, without the product failing. A typical connector is likely to see no more than 50 connection cycles, Marklove says.

In comparison, for a standard factory acceptance test, a 10,000Kv rated harness—an electrical jumper/flying lead—would be put through a 15,000Kv test. Measurements test for current leakage, to make sure there is minimal discharge, to assess the insulation material performance.

The boundaries at which these components need to perform will continue to be pushed out, and Marklove says more new technology will need to be developed.

“For longer step-out distances you need to compensate for the effects of transmitting over a long cable. There are various options being considered,” he says. “DC is an alternative, but it does introduce new issues around power electronics, which are not powerful enough, yet. DC also represents different challenges to AC, with how it effects materials. We are working on DC testing a product at high voltage, getting us technology-ready for if and when DC gets considered seriously.”

Materials technology has already come a long way, but it has further to go, he says. “We use a wide variety of materials, thermoplastics for insulation, oils and fluids, elastomers, exotic alloys. Over the years, every single material has improved to increase performance.”

Giving an example, Marklove says 254 SMO stainless steel was quite commonly used. “We have now evolved to a much higher grade super duplex stainless steel. This has been by a need for reliability. Also, in the 17 years I have worked in the industry, there has been a progressive tightening of the materials science and performance requirements. There was quite a wide range of stainless steels approved for use in the 1980s, now it has tightened and there are only a few. Even then, we need specific grades, manufactured using specific processes, and certified in a particular way, if they do not have cathodic protection and are to be subsea qualified. And that’s been industry driven.”

Siemens also develops materials directly with suppliers, if, for example, they see a material aging more than they would like. The next step in technology will be higher temperatures, he suggests.

“Some wells being drilled are now above 200°C and that puts high demand on electrical insulation. It cannot be metallic, so we are having to use insulating materials such as plastics, rubbers and oils. We are developing new grades of all of those to operate at 180-200°C, just to meet requirements for wells being explored now.”

But, under Siemens’ Corporate Technology division, Siemens Subsea is also looking at glass to metal sealing technologies, to help meet some of the higher temperature applications.

“The problem with plastic is that, at some point, it melts, and you can have creep, and you cannot afford for that to happen,” Marklove says. “We either need new plastics, which can cope with those conditions, and there are developments to do that. But, ultimately, there will be a ceiling at which plastics will no longer suffice. Then you could move to something like glass. But unlike plastic, it is inherently brittle, so you need to understand the limitations and strengths.”

Siemens Subsea is also looking at using fiber optics, driven by the longer step-outs for development projects. Tronic had developed an Ethernet connector to increase band width, the next natural step is to offer high performance fiber optic connectors, Marklove says. Traditionally, fiber optic cables are connected using fusion splicing. But, in the underwater environment, this is not possible. So Siemens Subsea is developing a way to connect the two terminations, “in a repeatable and reliable way,” he says. The challenge is like “connecting two hairs in perfect alignment,” he says. “We are about 18 months away. Achieving it will enable the customer to think seriously about using fiber optics for communications lines,” using a product that is light and compact.

Based in Ulverston, Cumbria, in England, former Tronic is one of the core pieces of the subsea power grid puzzle for Siemens. It was founded in 1979, by John Alcock, who saw an opportunity to create a reliable topside to remote vehicle connection.

Mike Marklove says the main innovation came in 1987, when the company invented the first controlled environment connector, enabling wet mate subsea connections, followed by a miniaturized version in 1991, which helped to open the market to Tronic. In 1992-5 the first power and instrumentation connectors were produced, followed by DigiTRON, in 2000, Ethernet and high voltage connectors in 2-11, and DigiTRON+ in 2012.

Tronic was bought by Expro in 1998 and then by Siemens in 2012. A new connector research and development facility opened in 2010, today known as the Siemens Subsea Connector Excellence Center. 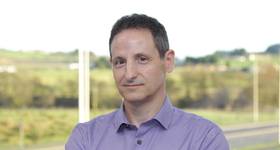 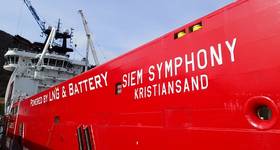