The industry has been lazy when it comes to adopting intelligent energy solutions, but it will need them more to be competitive and attract staff, according to senior oil executives.

The comments were made during day two of the SPE Intelligent Energy conference in Utrecht (pictured).

Steve Roberts, head of BP's Field of the Future program, was reflecting on 35 years in the industry and what the future might hold.

When he started in the industry as a geophysicist, he said pencils and rulers were still being used and that maps were drawn by hand.

However, methods soon changed as computers were introduced and, over the past 35 years, multiple devices and technologies have been introduced, and also become redundant, from fax machines to CDs.

Roberts said: "There is now a plethora of communication technologies with which we can collaborate." But, he added: "We are still in catch up mode, trying to pull together things others are using and applying them and getting them deployed at scale."

Crucially, the industry needed to look how it could future-proof itself for future new technologies. "It is difficult to predict what devices we will use in five years time," he said. Yet, the oil and gas industry is one where a facility in design might not start production for another five years.

Other industries, like automotive and aerospace, can introduce new technology as they introduce new models, keeping up to date, he said. This is not as easy in oil and gas. NASA has similar difficulties, sending a rocket into space that it wants to last for 35 years. But, says Roberts, NASA has been clever by enabling the rockets to be upgraded or fixed remotely using software.

The trick, he says, is to avoid becoming "locked in" to a particular technology by becoming beholden to a specific hardware, by being "agnostic" towards hardware. "As we design systems we need to be agnostic towards devices as they will continue to change," he says.

Other ways the industry to help itself keep up to date, and able to stay up to date, would be increasing standardization, to make it easier to cope with future change, centralization or more interconnected organizational frameworks, and to make change easier or minimize footprint, respectively.

"I personally think our industry has been a bit lazy," Roberts says. "We continue to produce oil and gas as we do and make a profit. We don't need intelligent energy. But, to compete and get ahead of competitors we do (need it).

"If you are a drug company you obviously need new drugs to survive. There's a bit of latency but there is a huge opportunity to do it better.

"I believe this industry needs to embrace this technology more and more. There is a bit of a lag and we could bury our heads in the sand, but there are other drivers. The next generation will expect us to use these new technologies and if not they will go to other industries."

Ashok Belani, from Schlumberger agreed. Speaking in a separate session, he said automated work flows and data science will be key over the next 10 years. But, he asked, how do we make sure we can attract young people into the oil and gas industry in the future and not something like Google car?

In a straw poll of the audience, most had not expected to end up in the oil and gas industry when they were doing their degree, but, suggested the panel, now in it they probably found it more exciting than they would have anticipated. 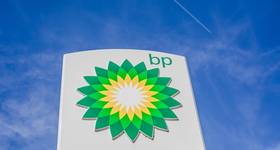