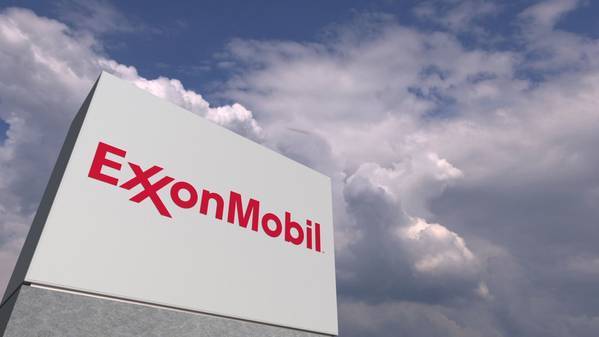 Exxon Mobil Corp reported a $1.1 billion loss for the second quarter on Friday, the first back-to-back quarterly loss for the U.S. oil giant in at least 36 years.

Exxon stood out among its supermajor peers for not taking a large writedown on the value of its assets as the industry outlook darkens on the future of oil and gas prices.

Chevron Corp, Total, Royal Dutch Shell, and Eni wrote down billions of dollars in assets. BP has signaled an up to $17.5 billion hit.

The COVID-19 pandemic slashed oil prices, sending Exxon's oil and gas production business to a loss. Its refining businesses was hit by a fall in demand, but an improvement in inventory valuations pushed overall refining profits into the black by nearly $1 billion.

An adjusted loss of 70 cents per share missed Wall Street's estimate of 61 cents, according to Refinitiv.

Oil and gas output fell 7% from a year earlier to 3.6 million barrels per day in the quarter as it curtailed output due to the oil price crash and the threat that global oil storage would fill in May.

Prior to the pandemic, Exxon pursued an ambitious spending plan to boost oil output and turnaround sagging profits on a bet that a growing global middle class would demand more of its products.

But CEO Darren Woods's plan to raise production and money by selling some assets has faltered and the company has slashed its capital spending plans for this year by 30%.

Exxon is preparing deeper spending and job cuts, according to people familiar with the matter, as it fights to preserve an 8% shareholder dividend.

It said on Friday it had identified more potential cost cuts and was doing an "evaluation across the businesses on a country-by-country basis."

(Reporting by Jennifer Hiller in Houston and Arathy S Nair in Bengaluru; Editing by Shounak Dasgupta and Jason Neely)