The Norwegian Petroleum Directorate (NPD) says that while oil production is down on the Norwegian Continential Shelf (NCS), overall production rose for the fourth straight year.

The NPD's forecasts indicate that the production increase will continue toward 2023, and could possibly reach levels similar to 2004 (a record year for Norway). Back then, oil accounted for most of the production. In 2023, gas will account for about half of the production, the NPD says.

At the end of 2017, there were 85 producing fields on the shelf, five of which came onstream in 2017. In addition, plans for development and operation (PDOs) were submitted for ten new projects, while nine are currently undergoing development, the NPD says.

“If production is to be maintained at a high level also beyond 2025, more profitable resources must be proven, including in major discoveries. Therefore, the Norwegian Petroleum Directorate believes that exploration activity must be increased from today’s level, in both mature and frontier areas,” says Director General Bente Nyland.

The NPD states that in 2017, 34 exploration wells were completed, three fewer than the previous year. Half of the wells were drilled in the Barents Sea, 12 in the North Sea and five in the Norwegian Sea. Eleven discoveries were made, compared with 18 in 2016. All of the discoveries were relatively minor, but several of them could become profitable developments if they are tied into fields currently in operation, the NPD says.

Despite the decline in the number of exploration wells, the companies exhibited significant interest in new acreage in the most recent licensing rounds. A total of 56 production licences were awarded in APA 2016, and as many as 39 companies applied for acreage in APA 2017. Eleven companies submitted applications in the 24th licensing round.

In 2017, the NPD updated its estimates for undiscovered resources, based on its own mapping of the unopened areas in the Barents Sea North.

The update reveals that the volume of resources in the Barents Sea is now around 80% higher than in the previous analysis from 2015, while the estimate is unchanged for the North Sea and the Norwegian Sea.

“Nearly two‐thirds of the undiscovered resources are located in the Barents Sea. This area will be important in maintaining high production over the longer term,” says Nyland.

Since 2014, the industry has made significant efforts to cut costs. Development project costs have been cut by 30-50% in the last couple of years while, at the same time, the price of oil has risen. This has meant that the companies see more profitable projects. Operating costs have been reduced by around 30% since 2013-2014.

“The projects now being approved generally have good profitability and can tolerate an oil price as low as US$30‐40/bbl,” Nyland says.

After several years of reduced investments, the decline is now levelling off, the NPD says. In 2018, the NPD expects investments to be around $15 billion (NOK 122 billion), about the same level as last year. In 2019, investments are expected to rise to just under $17.5 billion (NOK 140 billion). 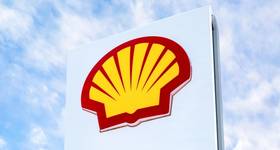