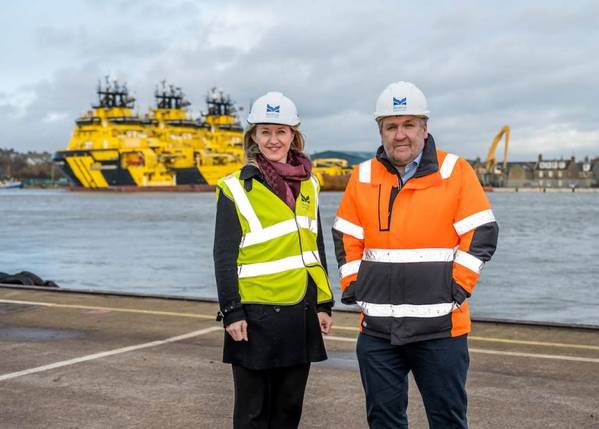 Montrose Port Authority says the port is set to become the first Scottish port to provide shore power infrastructure to the energy sector.

To enable shore power to offshore energy industry vessels, the port has partnered with with Plug Shore Power Ltd in a 50/50 joint venture. The partnership will see an initial investment of £1 million into the joint venture which will be named Plug Montrose Ltd.

"Global shipping accounted for 833 million tonnes of CO2 in 2021. Currently only two British ports are equipped with shore power. This makes Montrose the first port in Scotland to offer it specifically to vessels working in the offshore energy industry," Montrose Port Authority said.

Shore power is an alternative energy source for ships to use while they are berthed in port. A supply of electricity from the grid is offered to vessels at berth which means that internal auxiliary engines can be switched off and fuel emissions reduced.

"Montrose Port is strategically well-placed to work with supply vessels servicing oil rigs and wind farms in the North Sea and has positioned itself as a major renewables hub in the area. It is the largest port for mooring systems in Europe, with the world’s largest chain inspection companies, InterMoor and First Marine Solutions, calling it home. Many of the vessels regularly calling at the Port already have shore power capacity," Montrose Port Authority said. 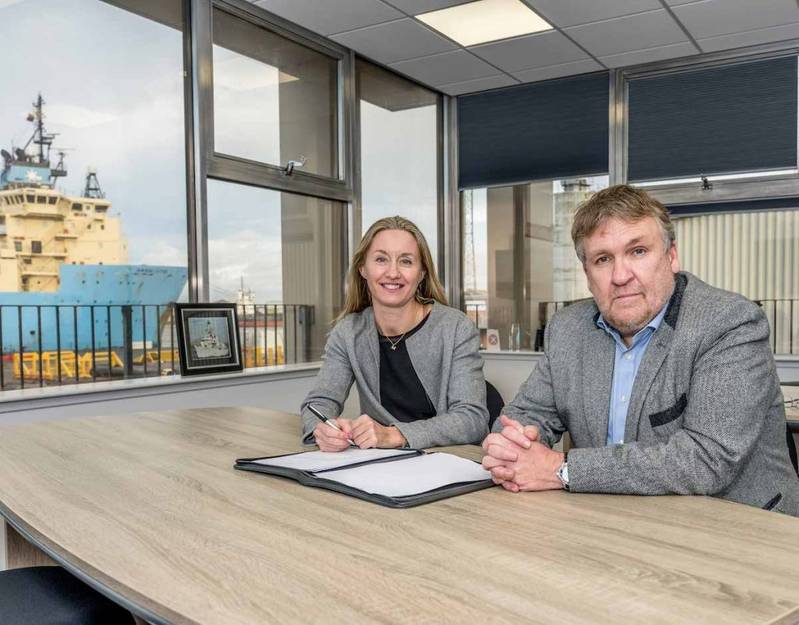 Plug Shore Power Ltd is the UK-based branch of Plug AS which has partnered with several Norwegian ports to build shore power since its first project in Bergen in 2018. Plug is owned by Western Norway’s largest renewable company Eviny, and Montrose is the first port in the UK that the leading shore power company has chosen to partner with.

"Montrose Port Authority is hoping that the installation of shore power will inspire other ports to do the same and aim for a more environmentally friendly and cleaner operation, contributing towards a greener economy and Scotland’s ambitious Net Zero targets," the port authority said.

Through their experience with Bergen, Plug have seen almost a 100% increase in new vessels being able to connect to the facilities there each year so the demand at Montrose is expected to increase over time, according to MPA.

When is the Montrose Shore Power Installation Expected to Complete?

The installation of shore power, which is expected to take around six to twelve months to complete, would see a significant reduction of CO2 at Montrose which will be tracked through Plug’s administration system, MPA said.

Michael Matheson, Cabinet Secretary for Net Zero, Energy and Transport at The Scottish Government, said: “This joint venture between Montrose Port Authority and Plug Shore Power Ltd is a significant initiative that will support shipping and the offshore energy industry in reducing emissions across their operations.

“I welcome the ongoing role Montrose Port Authority is playing in the transition to a greener economy and delivering Scotland’s ambitious Net Zero targets. Providing a clean energy source for the industry’s vital North Sea supply vessels is an important step towards that aim.”

Chief Executive Officer of Montrose Port Authority, Tom Hutchison, stated: “We are delighted to be forming this joint venture with Plug as it furthers our commitment to the energy transition and our position as a renewables hub in the region. We have taken the commercial decision to invest in shore power at this early stage as we are confident that there is an industry demand for it with a large number of our regular visiting vessels using these facilities at ports outwith the UK.

“Plug AS are market leaders in shore power which is why we chose to partner with them. For Montrose to be the first port in Scotland to offer this facility to vessels servicing the energy sector is an incredible opportunity.”

Maria Bos, Chief Executive Officer of Plug, commented: “It is really inspiring to join forces with Montrose Port Authority to build the first shore power system in Scotland for those working in the offshore energy sector. Shore power is an important part of a more environmentally friendly future that contributes to reduction of local emissions, CO2, and noise pollution. The facility will be a major benefit for the port, but also for the town of Montrose.”