Barcelona-Marseille Hydrogen Subsea Pipeline to Cost Around 2B Euros 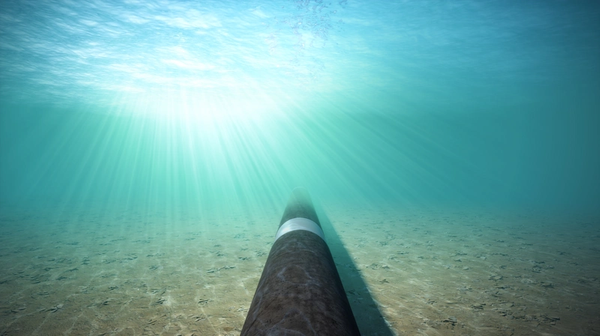 An underwater pipeline to carry green hydrogen between Barcelona and Marseille will cost around 2 billion euros ($2.1 billion), according to preliminary estimates of the project agreed between Spain, Portugal and France, two sources told Reuters.

It comes as an energy crisis caused by the war in Ukraine has accelerated European plans to bolster renewable energy as an alternative to Russian gas. Spain and Portugal aim to become clean hydrogen hubs and net energy exporters, causing tensions with France which plans to produce its own hydrogen using nuclear energy.

On Friday the leaders of the three countries will meet in the Spanish city of Alicante together with European Commission President Ursula von der Leyen to discuss a construction timeline and financing for a new hydrogen pipeline.

The price estimate does not include the cost of linking the pipeline, dubbed H2MED, with connections on land, the two sources with knowledge of the matter said, with the second - an industry source - adding it could rise to around 3 billion euros depending on the underwater route the pipe takes.

The submarine pipeline was proposed in October as a substitute for the so-called MidCat pipeline project across the Pyrenees, which had been championed by Spain and Portugal who said it could help relieve immediate pressure on gas supplies but opposed by France.

The pipeline will only carry hydrogen in order to meet EU funding criteria, though "improvements" could be made in future to allow for some gas, a Spanish government source said.

French President Emmanuel Macron and his Spanish and Portuguese counterparts Pedro Sanchez and Antonio Costa intend to apply for European Union funding for the project as early as next week, said the Spanish government source and an Elysee official.

As a result, the industry source said, they have pushed their four grid operators to "speed up technical studies, potential pipeline layouts and cost assessments".

The project's timeline remains uncertain. Without technical, environmental or regulatory challenges, it could be completed between four and five years, said the first source with knowledge of the matter.

Much of European investment in hydrogen is happening on the Iberian peninsula. Oil company Cepsa on Dec. 1 said it will invest 3 billion euros ($3.15 billion) in developing the renewable fuel, while Portugal also plans to become a major producer and exporter.

Some observers are sceptical about H2MED's chances of success, with Faig Abbasov, shipping programme director, at Transport & Environment, a Brussels-based NGO, labelling it as "window dressing" to reduce political tensions raised by MidCat.

"If you already have an overland pipeline why build an undersea pipeline?" Abbasov said. "Spain would be better off exporting by sea."