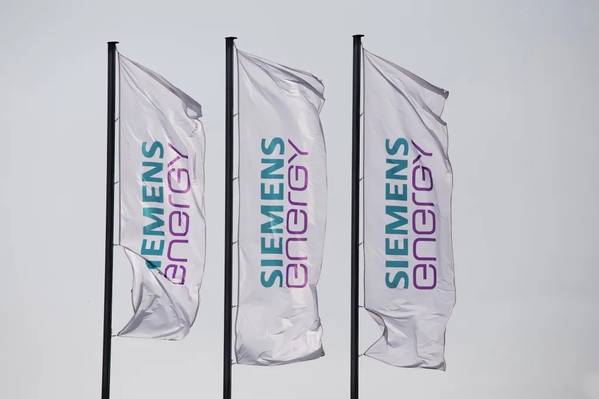 Siemens Energy - which provides services and equipment to the power sector, such as gas and wind turbines - said its order backlog grew 4.3% to 97.4 billion euros at end-September, which marks the end of the company's fiscal year.

The shares hit a 12-week high following the results to trade 6.8% higher at 1026 GMT, the biggest gainer among German blue-chips.

Siemens Energy expects to become profitable in 2024, to be followed by Siemens Gamesa a year later.

Siemens Energy is banking on its 4.05 billion euro bid for the remaining third it does not already own in Siemens Gamesa to better integrate the division and fix quality issues at a next-generation turbine model.

"The integration of Siemens Gamesa will help to improve profitability at our wind business and allow it to deliver to its full potential," Bruch said.

He also hinted at possible changes to Siemens Energy's shareholder structure, where former parent Siemens AG holds a direct 35% stake, an overhang Bruch says is a source of concern among investors and is weighing on the group's stock.

"It's logical that we would like to have another anchor shareholder," Bruch said, adding he was in regular talks with investors and that interest in the company was there.