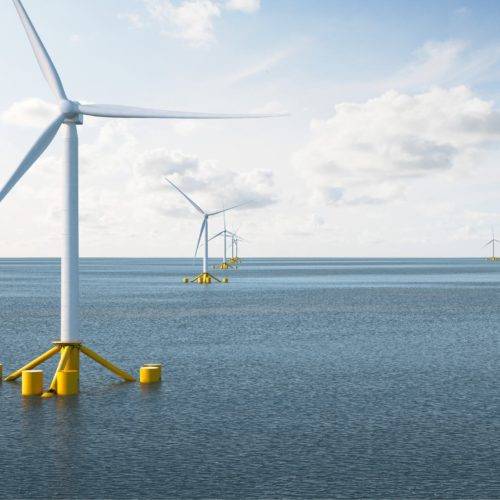 The technology has been said to offer a lightweight and cost-effective floating solution, based on factory-made modules which are then assembled domestically in port to form a complete foundation. Read More Here.

“By working closely with Stiesdal, we aim to combine our significant capabilities and the innovative technologies on offer to play a key role in the future development of floating offshore wind.”

Stiesdal’s previous work is already providing valuable lessons for industry and Pentland through initiatives such as their tank testing work at University of Edinburgh’s world-leading FloWave research facility, the developer of the wind farm said.

"This activity exposed the TetraSub concept to conditions similar to those found at many floating offshore wind sites such as Pentland, ideal for assessing robustness, reliability and effectiveness. The results of this testing confirmed the technology as one which was an ideal fit for the needs of the project," reads a press statement on Pentland Floating Offshore Wind Farm project website.

The technology and learnings from Pentland will inform the development of future floating projects in Scotland and the UK, such as ScotWind, INTOG and Celtic Sea, and the deployment of floating offshore wind globally, while contributing to building a strong local and national supply chain for the industry, the developer said.

Pentland Floating Offshore Wind Farm is being developed by Highland Wind Limited which is majority owned by a fund managed by Copenhagen Infrastructure Partners (CIP) with Hexicon AB as a minority shareholder. Project development activities are being led by CIP’s development partner, Copenhagen Offshore Partners (COP)

The floating wind foundation, fitted with an offshore wind turbine and anchored in place at the Norwegian METCentre test site, has been connected to Norway’s grid and is producing power in automatic, unattended operation. It is located next to the old Hywind demo site that has been in operation since 2009.

The TetraSpar foundation, owned by Shell, TEPCO RP, RWE, and Stiesdal, is a tubular steel structure with a suspended keel. The floating platform, including the 3.6-megawatt turbine, was towed from Denmark to the Norwegian METCentre earlier this year test site and installed in waters as deep as 200 meters.

TetraSpar has an installed draught of approximately 65m and is fitted with a 3.6MW wind turbine, with a rotor size of 130m, and its stability is ensured by a keel deployed 50m below the floater.