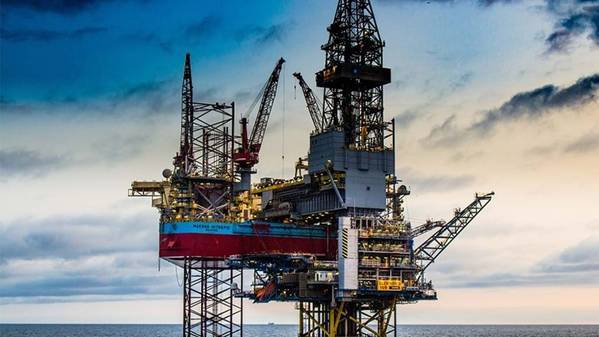 The Norwegian arm of Austrian energy and petrochemicals company OMV has confirmed that the Oswig exploration well in the Norwegian North Sea has made a gas-condensate discovery.

OMV (Norge), as operator, said that it and its partners had now decided to drill a sidetrack and perform a drill stem test (DST) on the well, which partner Longboat says could be "one of the largest gas prospects being tested in Norway this year".

The well was drilled to a depth of 5,003 metres TVDSS targeting the Tarbert and Ness formations. Gas and condensate were encountered in the Tarbert Formation. Presence of hydrocarbons in the deeper Ness formation was inconclusive at the well location.

It said that the positive result, as well as challenges collecting a full suite of downhole dynamic data from the existing well-bore led to the decision to sidetrack the well and perform the DST.

This will evaluate productivity of the Upper Tarbert Formation and will take 6-8 weeks to complete and is subject to regulatory approvals.

Longboat Energy said that several additional fault blocks have been identified on-block which could contain further gross unrisked mean resources of 80 mmboe which would be significantly derisked by a successful DST.

It added that the nearby analogue Tune field has produced circa 140 mmboe since production commenced in 2002.

Helge Hammer, Chief Executive of Longboat, commented: “We are very pleased to have encountered hydrocarbons in the Oswig exploration well, the first of two wells we farmed-into from OMV. We now look forward to working with the operator on the sidetrack and DST and to making the final well result announcement in due course.”

The exploration well (30/5-4 S), in production license (PL) 1100, is being drilled by the jack-up drilling rig Maersk Intrepid in about 95m water depth.

Oswig is close to the existing infrastructure of the producing Tune and Oseberg fields.

OMV (Norge) AS is the operator for the license with a 40 percent working interest. The license partners are Source Energy AS (20%), Wintershall Dea Norge AS (20%) and Longboat Energy Norge AS (20%).