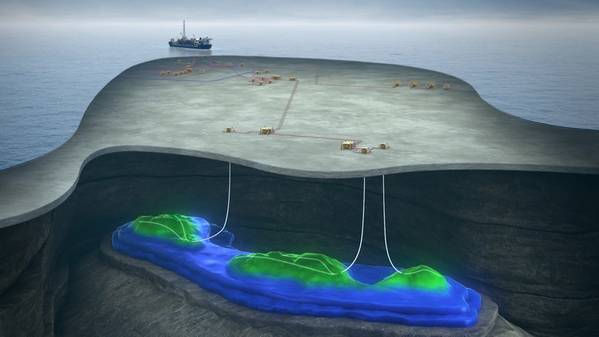 Norwegian oil and gas company Aker BP on Wednesday filed a plan for development and operation (PDO) for Trell & Trine offshore oil development project to the Norwegian Ministry of Petroleum and Energy (MPE).

The Trell & Trine development is planned with three wells and two new subsea installations (manifolds) to be tied back to existing infrastructure on East Kameleon and further on to the Alvheim FPSO.

One of the three wells is Trell Nord, which, although not yet proven, has a high likelihood of discovery, Aker BP said.

When the Trell production well is drilled, the plan is to first prove hydrocarbons in Trell Nord, then drill the wells in Trell and Trine.

The ambition is to develop and produce a billion barrels from the area by 2040.

"When Trell and Trine are approved, the Alvheim area will surpass 750 million barrels either produced or sanctioned for development. Along with our partners, we see good opportunities for both connecting more discoveries to the established infrastructure in the area, as well as working to mature new exploration prospects," says VP Operations & Asset Development - Alvheim Asset, Thomas Hoff-Hansen.