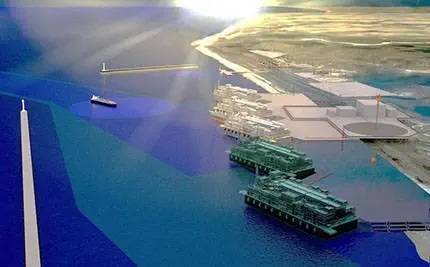 Saipem said its backlog in Russia amounted to approximately 1.4 billion euros ($1.43 billion) and consisted only of these two projects related to the building of a liquefied natural gas (LNG) project in the Arctic.

Saipem entered one of these contracts in joint-venture with Turkey's Ronesans and the second with France's Technip.

Technip said at the end of July it was seeking an "orderly exit" from the Arctic LNG 2 project. Read full story

Before the Ukraine conflict, Arctic LNG 2 was expected to be launched in 2023 and reach full production capacity of almost 20 million tonnes of liquefied natural gas a year in 2026.

The chief executive of Novatek said in June the company aimed to start the first line of its Arctic LNG 2 project in 2023.

Russia has increased pressure on investors in its two Pacific energy projects which once helped Moscow rebuild its economy, blaming ExxonMobil for falling oil output at Sakhalin-1 and giving shareholders of Sakhalin-2 a month to claim their stakes.
($1 = 0.9809 euros)