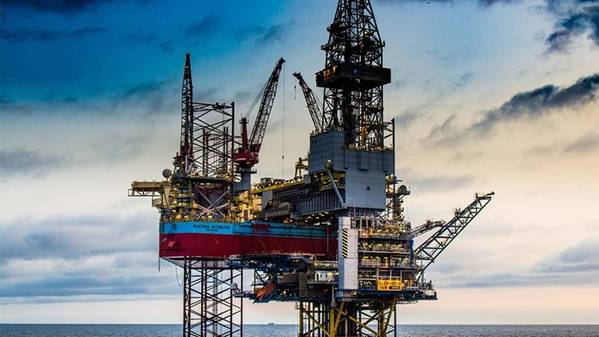 Austrian oil and gas company OMV has commenced drilling operations on the Oswig exploration well in the Norwegian sector of the North Sea.

The drilling of the Oswig well 30/5-4 S, operated by OMV (Norge) AS, is being undertaken by the Maersk Intrepid ultra-harsh environment CJ70 XLE jack-up rig and is expected to take up to seven weeks to drill, one of the project's partners Longboat Energy announced on Monday.

Oswig consists of a high pressure, high temperature Jurassic rotated fault block nearby the Equinor-operated producing Tune and Oseberg fields. The well is targeting the Tarbert and Ness formations, two separate intervals which are estimated to contain combined gross unrisked mean resources of 93 mmboe1, 19 mmboe1 net to Longboat. The Oswig geological chance of success is estimated to be 36%1, and the key risks are reservoir quality and fault seal.

Oswig is one of the larger gas prospects being tested in Norway this year and several additional fault blocks have been identified within the license area. These prospects are estimated to contain further gross unrisked mean resources of 80 mmboe which would be significantly derisked by an Oswig discovery.

Helge Hammer, Chief Executive of Longboat, commented, “We are pleased to commence drilling of the first of three fully-funded, gas-focused exploration wells, with Copernicus – the second well in the series - also anticipated to spud this quarter.