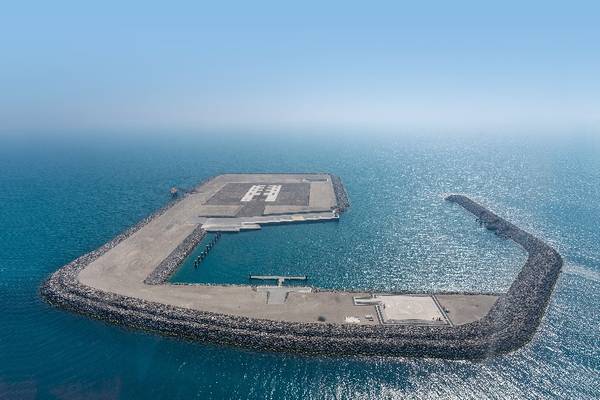 The contracts are valued at $1.3 billion for Integrated Drilling Services (IDS), and $700 million for the provision of four island drilling units. Each contract has a fixed term of 10 years.

Production from the Ghasha project is expected to start around 2025, ramping up to produce more than 1.5 billion standard cubic feet per day before the end of the decade, as ADNOC’s aims to meet growing domestic and international demand for gas, as well as enablie gas self-sufficiency for the UAE.

Up to 46 wells can be drilled from a single artificial island, significantly minimizing the project’s environmental footprint, according to ADNOC Drilling, ADNOC's sole drilling services provider.

“The $1.3 billion IDS contract also highlights the growing impact of our innovative strategy for offering our customers start-to-finish wells and fortifies our differentiated position as a world leader in drilling and completion services.”

The Ghasha award comes as ADNOC Drilling plans to double its delivery of IDS wells in 2022, and double its IDS-capable fleet by 2024, which will support the doubling of OFS revenues by 2025.