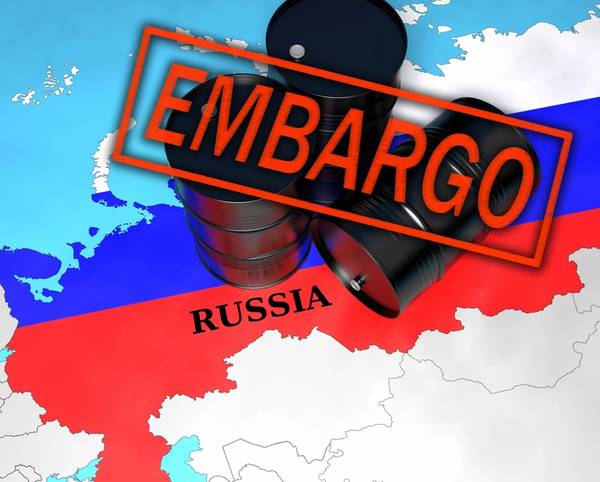 The Swiss agency in charge of sanctions said it was up to the Swiss government to decide whether to adopt a tweak to EU sanctions that eases shipments of oil from Russian state-owned firms Rosneft and Gazprom to third countries.

Purchases of Russian seaborne crude oil by EU companies and its export to third countries is allowed, but under tweaks to sanctions on Russia that came into force on Friday, payments related to such shipments would not be banned.

"We took note of the EU's decision to adopt new measures against Russia," the State Secretariat for Economic Affairs (SECO) said in response to a query on the EU move, pointing out that neutral Switzerland has so far joined sanctions packages the EU adopted following Russian military aggression in Ukraine.

"It is up to the Federal Council (cabinet) to decide whether Switzerland will adopt these new measures," it said, adding SECO could not judge what action the government might take.

The economy ministry did not reply immediately to a request for comment.

Switzerland, a major hub commodities trading hub, last month adopted EU steps including an embargo on crude oil and some refined petroleum products from Russia. The move bans providing services, including insurance, for transporting oil and certain Russian petroleum products to any destination.

Big trading houses such as Vitol, Glencore and Trafigura as well as oil majors such as Shell and Total have stopped trading Russian oil for third parties, citing EU sanctions, including restrictions on insurance.

Russia describes its invasion of Ukraine as a special military operation to disarm its neighbour and remove fascist forces. Western countries call it an unprovoked attack.