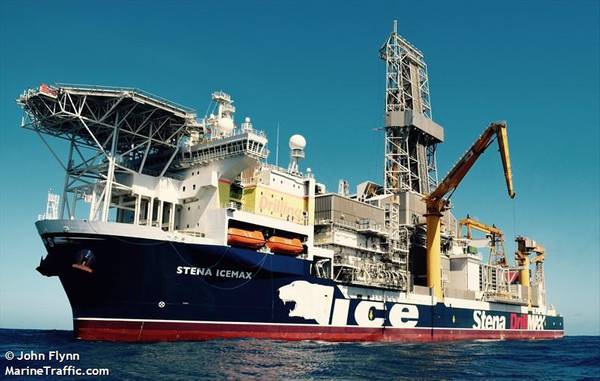 The drillship, which was used to make the Athena gas discovery last month, has just completed the drilling of the Karish Main-04 appraisal well. Karish is the gas field in the Mediterranean Sea off Israel that Energean plans to develop using the Energean Power FPSO, which earlier this month arrived at its offshore location, raising objections from Lebanon.

The well was completed 15 days ahead of schedule and $9 million below budget at a cost of $36 million. The primary objectives of the well were to further appraise gas volumes in the flanks of the structure; and reduce uncertainties associated with liquid content in the central fault blocks.

According to Energean, gas and associated liquids were encountered in the previously undrilled fault block between Karish Main and Karish North; has was encountered in the A-sands on the flanks of the Karish Main structure, these sands were tested and fluid samples obtained; and an oil rim was confirmed in the central part of the field, with thickness towards the lower end of the pre-drill expectation range (5-10metres vs. 0-100metres pre-drill).

"A sample of oil was obtained for testing. Energean expects to be able to commercialize the oil volumes through the existing well stock. Additional analysis will now be undertaken to further refine reserve volumes and the liquids-to-gas ratio across the Karish lease," Energean said.

Energean has exercised its options to drill two further wells as part of its 2022 growth drilling campaign. The first well will target the Hermes prospect, located in Block 31, and is expected to spud in August 2022. The primary target is the Tamar A sands. Hermes forms one segment of a larger cluster of structures similar to how the Athena discovery is one segment of the Olympus Area. The target for the second well is still under consideration and is largely contingent on the results of the Hermes well.

Rigas also confirmed the drilling contract extension with Stena Drilling: "We confirm today the extension of our 2022 growth drilling campaign, on the back of success at Athena last month. We have exercised our options with Stena to drill a further two wells, commencing with Hermes, in line with our goal to continue to provide competition and security of supply in the local Israel gas and energy markets. The exercise of these options, will help us to reach our target to double our Israel gas resource base in order to also export to the broader region of the Eastern Mediterranean and beyond."
As previously announced, the Stena IceMAX drillship will now move to complete the next development well before moving to Hermes in August 2022.