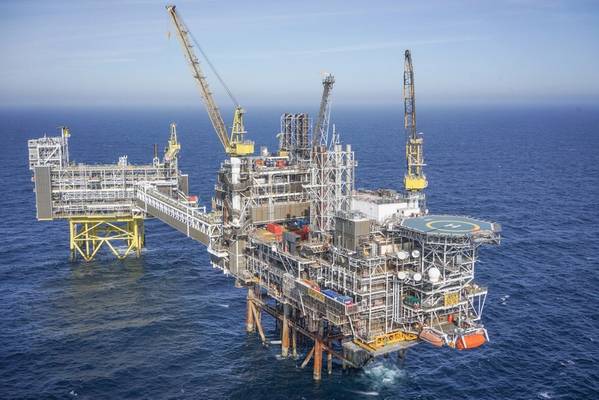 The North Sea's biggest oil and gas producer, Harbour Energy, has told the British government that Britain's planned windfall tax on the energy sector will shrink the company's investment in the country.

With oil and gas prices soaring and households feeling the hit from higher prices across the board, Britain last month announced plans to introduce a 25% windfall tax on oil and gas producers' profits, with a view to raising $5 billion.

A meeting between representatives of oil and gas producers in the British North Sea, including Harbour, and Treasury officials is scheduled to take place on Thursday in Aberdeen, Scotland, a Harbour spokesperson and two industry sources said.

"We must reassess our strategy and plans in the UK which will, I am afraid, lead to lower investment, not more," Chief Executive Linda Cook said in an undated letter seen by Reuters to British finance minister Rishi Sunak.

Britain is allowing the impact of the levy to be offset against fresh investments in oil and gas projects. Read full story

But Cook said the incentive does not help companies like Harbour that have invested in new projects such as the Tolmount gas field, which increases UK gas output by 5%.

Cook said the levy hurt so-called independent producers such as Harbour disproportionately more than oil majors active in the British North Sea, such as BP or Shell.

A Harbour Energy spokesperson said: "we do envisage a significant impact on our business, our strategy, and our ability to invest in our current and future projects in the UK."

Oil and gas producers such as Harbour typically hedge more than half of the volumes they sell in advance to lock in a price floor, often to satisfy covenants with lenders. This means that they can miss out on price spikes in the open market.

Cook asked Sunak to change the tax plan to reflect past investments, decommissioning spending as well as to scrap the levy by the end of next year and put in a higher profit threshold for companies affected by the tax.

Harbour's share price has slumped around 19% since the plan was announced on May 26.

"Our existing and prospective shareholders ... are now actively questioning the future of our assets in the UK and struggle to evaluate their remaining potential given the uncertain and unpredictable fiscal environment," Cook said.

"They are also, rightly, questioning our strategy to remain a large UK oil and gas producer and continuing to invest in the country."

Harbour's biggest shareholders include private equity firm EIG, which holds a 36% stake, and Singapore sovereign wealth fund GIC and Fidelity, which hold around 5% each, according to Refinitiv Eikon data.

The Treasury had no immediate reply to a request for comment.