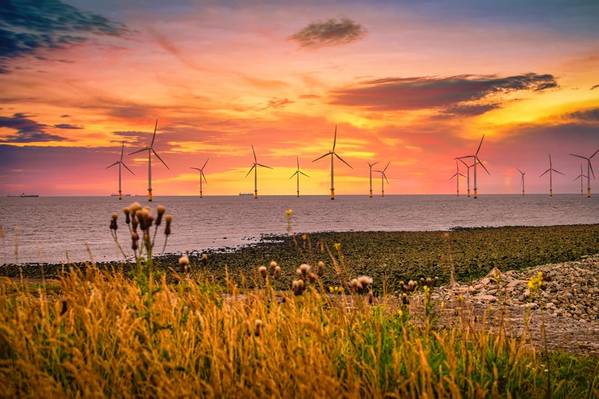 The number of people working in the U.K. offshore wind industry is expected to surge following an expansion of the pipeline of projects at all stages of development over the past 12 months, according to a report published Monday by the Offshore Wind Industry Council.

The sector currently supports more than 31,000 jobs, which is a 16% increase on the 26,000 jobs reported in last year’s survey, according to the U.K. Offshore Wind Skills Intelligence Report. Of these, 19,600 are direct jobs (solely in offshore wind) and 11,500 are indirect (e.g. supply chain companies which manufacture products for the offshore wind industry as well as goods for other sectors). Some 30% of the jobs are in Scotland, and the English region benefitting most is Yorkshire and The Humber, where 15% of the jobs are located.

The increases reflect the enormous expansion of the U.K.’s total pipeline of offshore wind projects at all stages of development over the past 12 months, which now stands at 86GW. This 60% increase has been driven mainly by major leasing round announcements by The Crown Estate (8GW) and Crown Estate Scotland (25GW of ScotWind).

Another significant factor is the move to annual auctions for Contracts for Difference (previously held every two years), to speed up our transition to renewable power and boost the U.K.’s energy security.

The study also shows that the percentage of women working in offshore wind has increased slightly from 18% reported a year ago to 19.25%, which is welcome but the industry still has some way to go before reaching its target of 33% by 2030.

Apprentices make up 2% of the workforce, an increase of just 0.2% on a year ago due mainly to the impact of the pandemic, taking the industry closer towards its target of 2.5%.

The report highlights the need to address the risk of recruitment gaps by introducing measures to increase the number of people with high-level electrical and digital skills entering this innovative sector, to meet current and future demand.

OWIC’s People & Skills workstream is led by RenewableUK’s Deputy Chief Executive Melanie Onn, who said, “The U.K. offshore wind industry is a powerhouse for job creation. I’ve seen at first hand the way that my home town of Grimsby is being transformed by this dynamic sector which is bringing billions of private sector investment into coastal communities up and down the country.

“This report shows that we’re making rapid progress in seizing the economic benefits of the Green Industrial Revolution, and that we’ll need to continue to grow fast to ensure that we meet the Government’s target of 50 gigawatts of offshore wind by 2030 - a fivefold increase in our current capacity. That’s why it’s important for industry and Government to work together to address skills shortages in areas like electrical engineering and data analysis, so we can boost the number of high-quality green jobs in offshore wind throughout this decade.”

The Co-Chair of OWIC Danielle Lane, U.K. Country Manager for Vattenfall, added, “The Government’s Energy Security Strategy puts offshore wind at the heart of our future green energy system. We’re working closely with Ministers to pull out all the stops so that we can built vital new green energy infrastructure projects as swiftly as possible to boost Britain’s energy independence. Attracting a diverse range of talented people into this sector is the key to accelerating our transition to home-grown clean power.”

The Energy Minister Greg Hands said, “This report demonstrates the extraordinary potential of renewable energy to create jobs, drive investment and secure cheaper, clean electricity. We have ambitious plans to go even further as the U.K. becomes a global renewable energy powerhouse”.