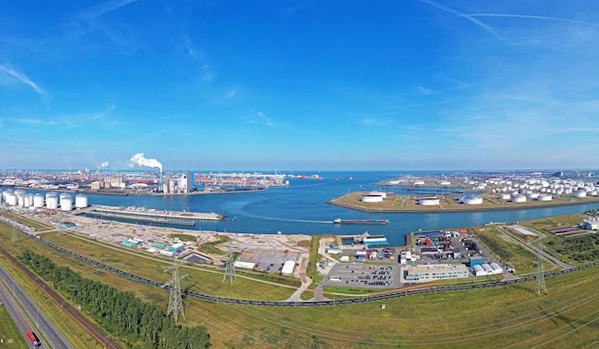 British oil and gas major BP said Thursday it had submitted bids for two offshore wind leases in the Netherlands, with a combined generating capacity of 1.4GW.

BP has bid in the tender process for rights to develop the Hollandse Kust (west) Wind Farm Zone (HKW) sites VI and VII. HKW is located approximately 53 kilometers off the Dutch west coast and contains two wind farm sites, with a total area of 176 square kilometers.

According to the company, bids for Site VI will be evaluated on eco-innovation criteria, where BP proposes creating what it says are innovative solutions to enhance the Dutch North Sea ecosystem.

Bids for Site VII will be evaluated on systems integration criteria, and BP’s bid focuses on coupling offshore wind power generation with new, flexible demand with focus on the Rotterdam region.

"These investments include the application of additional innovative digital grid optimisation and stabilisation solutions to match the demand for power to the HKW wind power output. BP will develop a skills and entrepreneurship incubator to support the development of the local workforce to meet the demand for skills in these new industries. In total BP anticipates investments of up to €2 billion into the decarbonization of flexible demand in addition to the offshore wind investment," BP said.

Anja-Isabel Dotzenrath, BP’s executive vice president of gas and low carbon energy, said: “Delivering a net zero future demands more than just generating renewable power offshore - we need to create an integrated energy system with renewables at its center. We plan on doing just that in the Netherlands.

"In addition, we will deploy innovative technology in support of an unprecedented scale and scope of monitoring and analysis to create a step change in collaborative marine ecology research in line with our aim to have a positive impact on the North Sea’s ecology.”

Earlier the week, Shell and Eneco said they are participating in the tenders for the offshore wind farms Hollandse Kust (west) sites VI and VII, too, through their joint ventures Ecowende and SchakelWind.

With the joint venture Ecowende joint, Shell and Eneco said they are aiming to initiate "a movement to build offshore wind farms that have a net positive impact on nature."

"The aim is to build an offshore wind farm with a flourishing ecosystem, minimum impact on birds and bats and an undisturbed underwater world. This is important because there are great ambitions for offshore wind, and the ecology of the North Sea must not be affected. Ecowende has developed an extensive program for this with solutions and innovative experiments," Eneco said.

With the SchakelWind JV,  in addition to wind farm Hollandse Kust (west) site VII, SchakelWind promises be making a large number of investments throughout the country together with businesses. For example, Eneco said, there will be projects that fully move in sync with the power production of the wind farm.

"This will ensure that the green energy from the wind farm is used as effectively and widely as possible to make the Netherlands more sustainable. With various innovations and an extensive dissemination and communications program that will include internships and PhD research, SchakelWind will support the further integration of offshore wind in the future," Eneco said.

According to Eneco, it is expected that Hollandse Kust (west) VI and VII will supply enough energy to green approximately 6% of the Dutch electricity demand.

Marjan van Loon, President Director Shell Netherlands: “We are taking the next step by enabling the large-scale roll-out of offshore wind, in collaboration with Eneco. Through our bids for Hollandse Kust (west) we are investing significantly in the production of green energy and hydrogen. In this way, we work responsibly, and together with our customers, on a broader and cleaner energy system in the Netherlands."

Kees-Jan Rameau, Chief Strategic Growth Officer Eneco: “With these joint ventures, we will be able to further the energy transition in the Netherlands together with Shell, both at sea and on land and in all sectors. We will solve a number of important issues and thus make an important contribution to achieving the objectives in the Dutch Climate Agreement.”