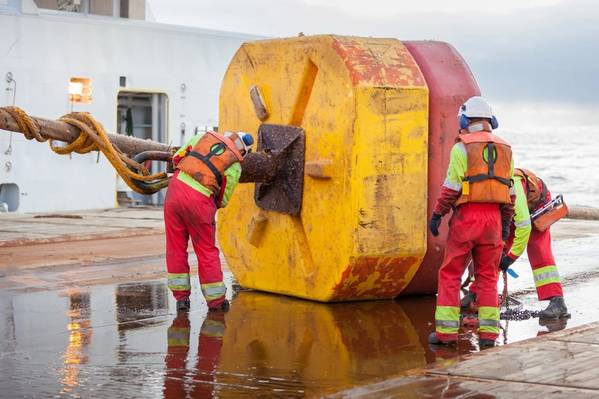 Wage talks between Norwegian oil firms and three labor unions broke down on Wednesday and will switch to state-led mediation in a bid to prevent strike action by workers, the unions and companies said.

If Norway's government-appointed mediator is unable to broker a deal, union members will be eligible to go on strike, disrupting output from western Europe's largest oil and gas producer.

Mediation in this year's talks is expected to take place in June, the Norwegian Oil and Gas Association has said, although no date has so far been set.

Norway produces around 4 million barrels of oil equivalent per day, almost equally divided between oil and natural gas, and any production cuts could have significant market impact at a time of soaring global energy prices.

The Industri Energi, Safe, and Lederne unions had been negotiating since Tuesday with the Norwegian Oil and Gas Association, which represents petroleum companies, in a bid to agree an offshore wage settlement.

In 2020, the Lederne union, the smallest of the three, called a strike that cut Norway's output by around 330,000 barrels of oil equivalent per day, corresponding to 8% of the country's overall production.

During the 2020 strike, a last-minute bargain between Lederne and oil firms prevented an escalation that would otherwise have raised the outage to almost one million barrels of oil equivalent per day.