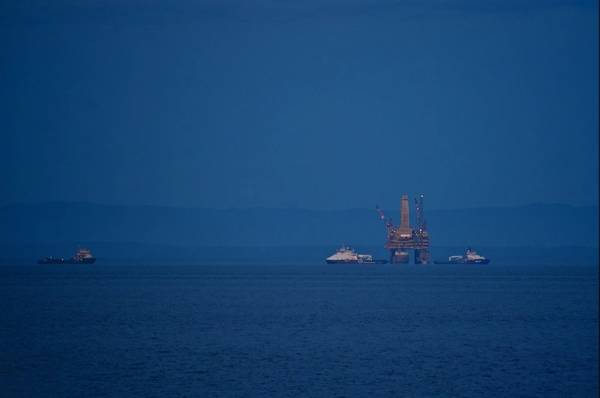 Should Japan ever exit the Sakhalin energy projects in Russia and their stakes were acquired by Russia or a third country, this would weaken the effectiveness of Western sanctions and benefit Russia, Japan's industry minister said on Friday.

"We are concerned that if Japan withdraws from the project and the concessions are acquired by Russia or a third country, it could further boost resource prices and benefit Russia, which will not result in effective sanctions," Japanese Economy, Industry and Trade Minister Koichi Hagiuda told a news conference.

Hagiuda's comments follow a report in the Telegraph on Thursday that Shell is in talks with some Chinese companies to sell its stake in the Sakhalin-2 liquefied natural gas project in Russia amid sanctions imposed on Moscow over its invasion of Ukraine.

"If the concessions are transferred to a third country, the withdrawal would not be a major blow to Russia, and our concerns will become a reality," he said.

The Ukraine crisis has put Japan's involvement in the Sakhalin-1 and Sakhalin-2 oil and gas projects in focus since Western oil majors have said they would pull out of Russia after its invasion of Ukraine. Hagiuda said last week that Japan intends to continue to hold its concessions.